architecture + was commissioned in early 2007 to prepare a preliminary design for a speculative office building on the fringe of the Wellington CBD and Government centre on Thorndon Quay.

The development site is located to the east of Thorndon Quay with a double frontage to both the street and adjacent On Track land to the east, resulting in a site with two “protected”  frontages. These frontages offer panoramic views to the Wellington harbour and the Hutt Valley to the east and the Town belt and central city to the west.

Market interest had been identified for an office building embracing ESD initiatives, with much interest being raised over other contemporary examples of the genre, notably the Meridian Energy office building by Studio of Pacific Architecture and Department of Conservation headquarters in Manners Street recently completed by our office.

The site aspect and rectangular proportion coupled with the  “protected” aspect along both the street and railyard frontages offered opportunities for extensively glazed facades to capitialise on views and natural light along the eastern and western frontages. An extensively glazed western faÃ§ade provides significant challenges to avoiding excessive solar gain and ensuring thermal and physical comfort to occupants.
Our solution is the use of a double skin faÃ§ade encouraging passive ventilation by utilising the stack effect, in combination with adjustable external louvres.

An existing On Track switching station along the northern boundary forced an offset in the otherwise parallel frontages and has produced a “dog bone” floor plate plan.
Main office areas are located at each end of the “bone” linked by a narrower circulation zone containing an open stair, both formal and informal meeting spaces and lifts, toilets and kitchenette areas. Open stairs between levels encourage convenient staff movement and connection between floors and allowing greater spatial linkage. Staff lounge and meeting spaces touch the Thorndon Quay frontage alongside the stair and aid an easy understanding of the use of spaces within.

ESD initiatives embraced by the scheme include: 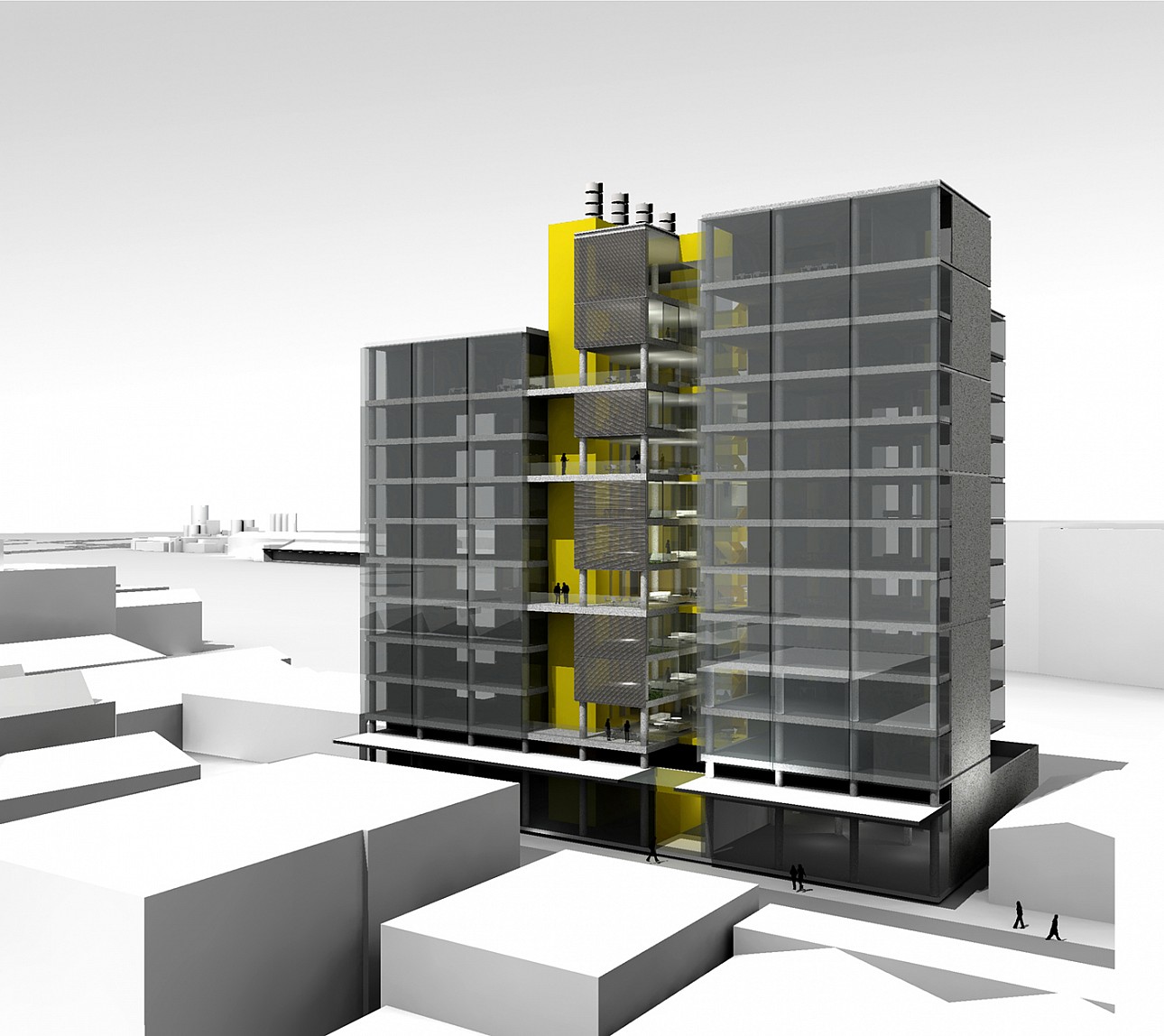 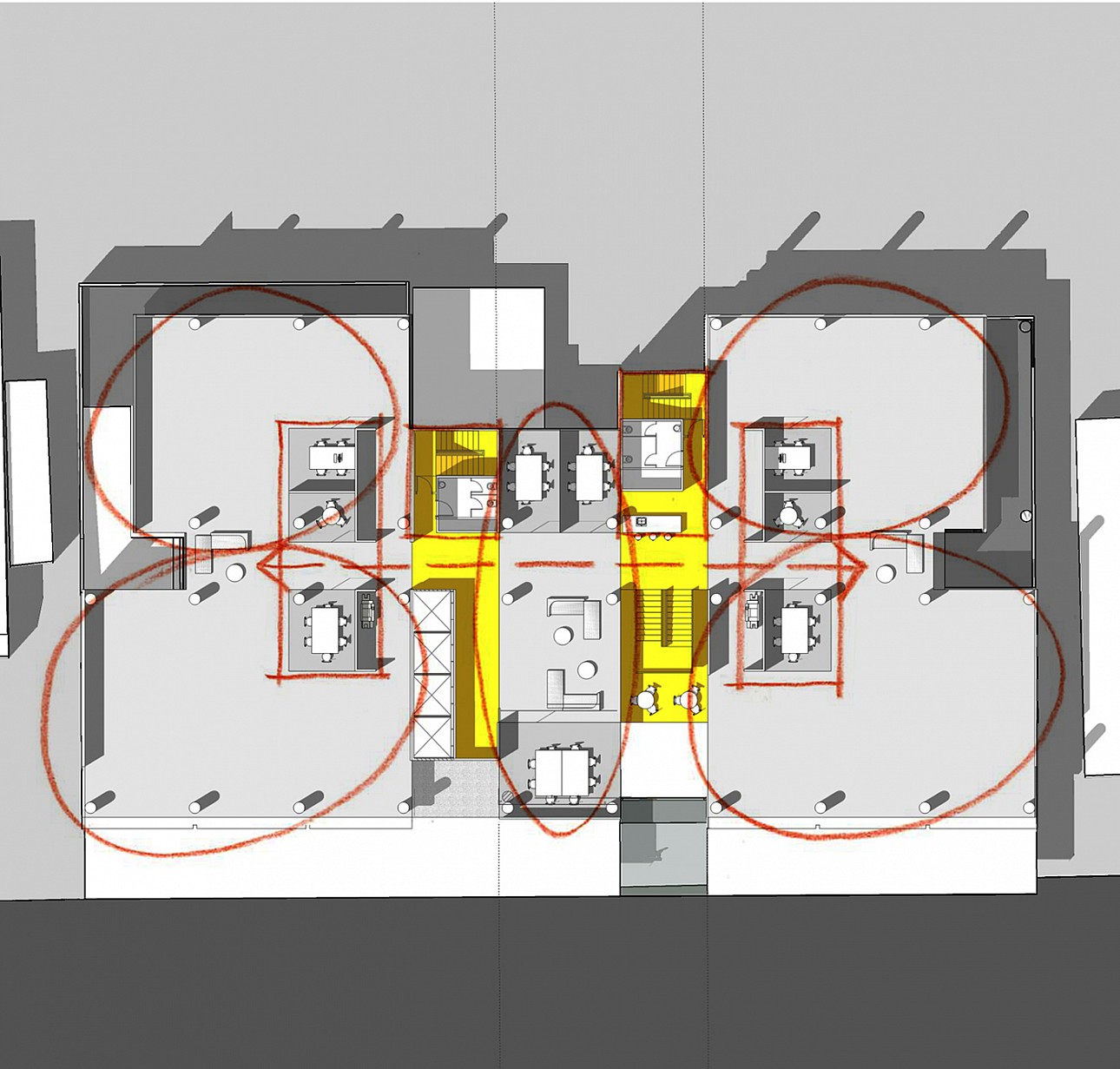