Our competition winning proposal was for the renovation of the existing hall. It proposed lifting the existing roof to add mezzanine levels, circulation redesign and replacement of the façade. Following structural analysis of the existing hall, weathertightness issues and construction cost estimates it became apparent that a rebuild would be a similar cost, add more design flexibility and reduce risk.

Five main requirements:
• Large enough for whole school assemblies (was 1560 now 1650-1700 boys)
• A non-specialist facility for large events
• The main arrival and entry point for visitors Wellington College
• Maintain and, if possible, improve circulation paths around the campus
• Achieve the above with successful conceptual and aesthetic quality

The building’s function and location determine that it is a focus in the campus. However, it needed to maintain a sense of respect within its established surroundings, especially in consideration to the heritage Firth Hall, the brutalist tower block to the west and mature trees.

The hall is simple and symmetrical space with of dual stages – a performance stage and an assembly stage, and flexible mezzanines that function for numerous configurations. For assemblies the focus is on the memorial window in a similar manner to the arrangement in the original hall demolished in 1967.

Establishing new and improving connections to other buildings and spaces within the campus was a priority.

The architectural expression shows restraint, calmness and dignity rather than novelty. Subtle tukutuku patterns are incorporated into the building fabric,
- Roimata; the tears of the toroa or albatross – depicting disaster in war, death or catastrophe
- Poutama; the stairway to heaven – depicting progress and advancement, education and the strive for betterment, the planning of a child’s future 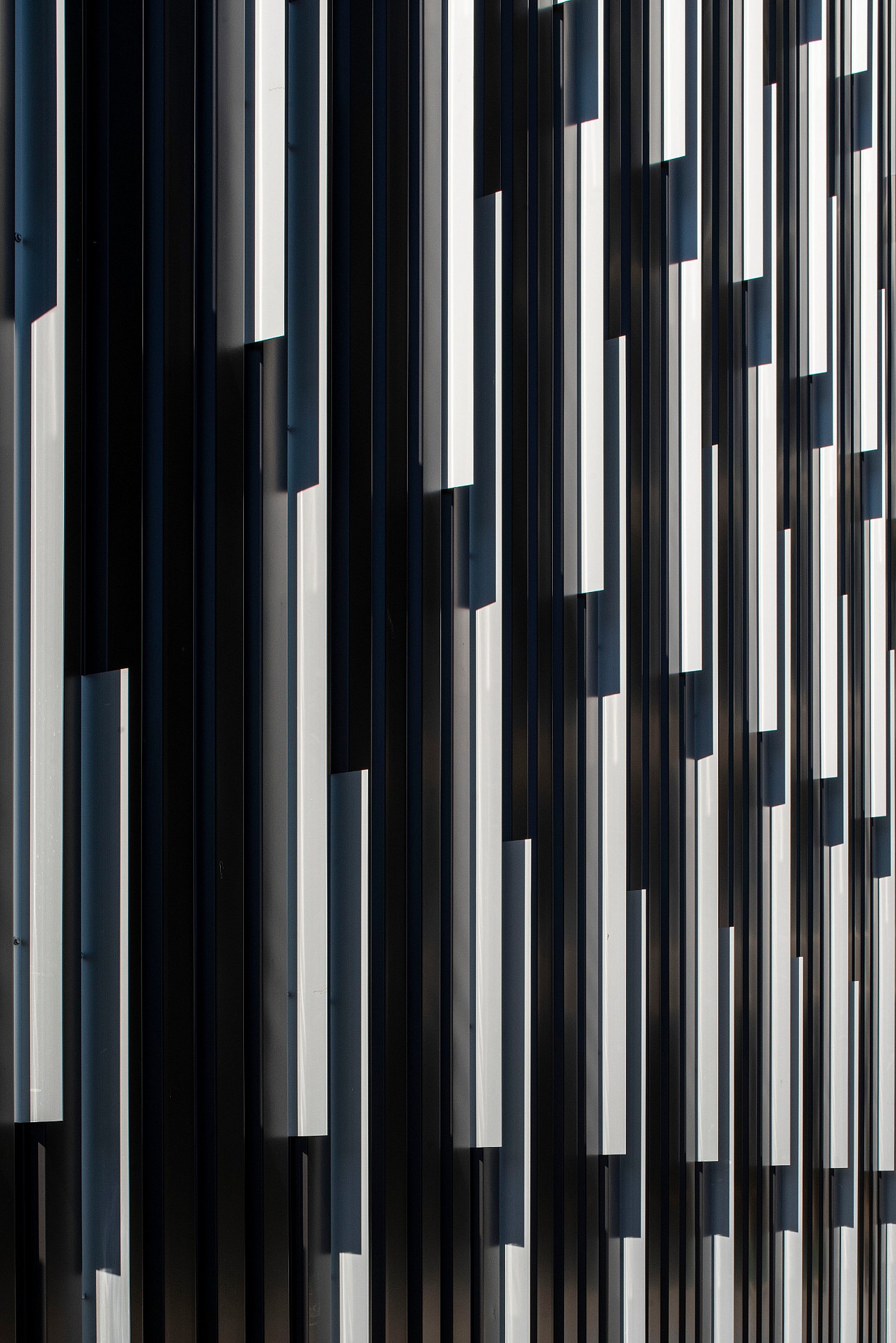 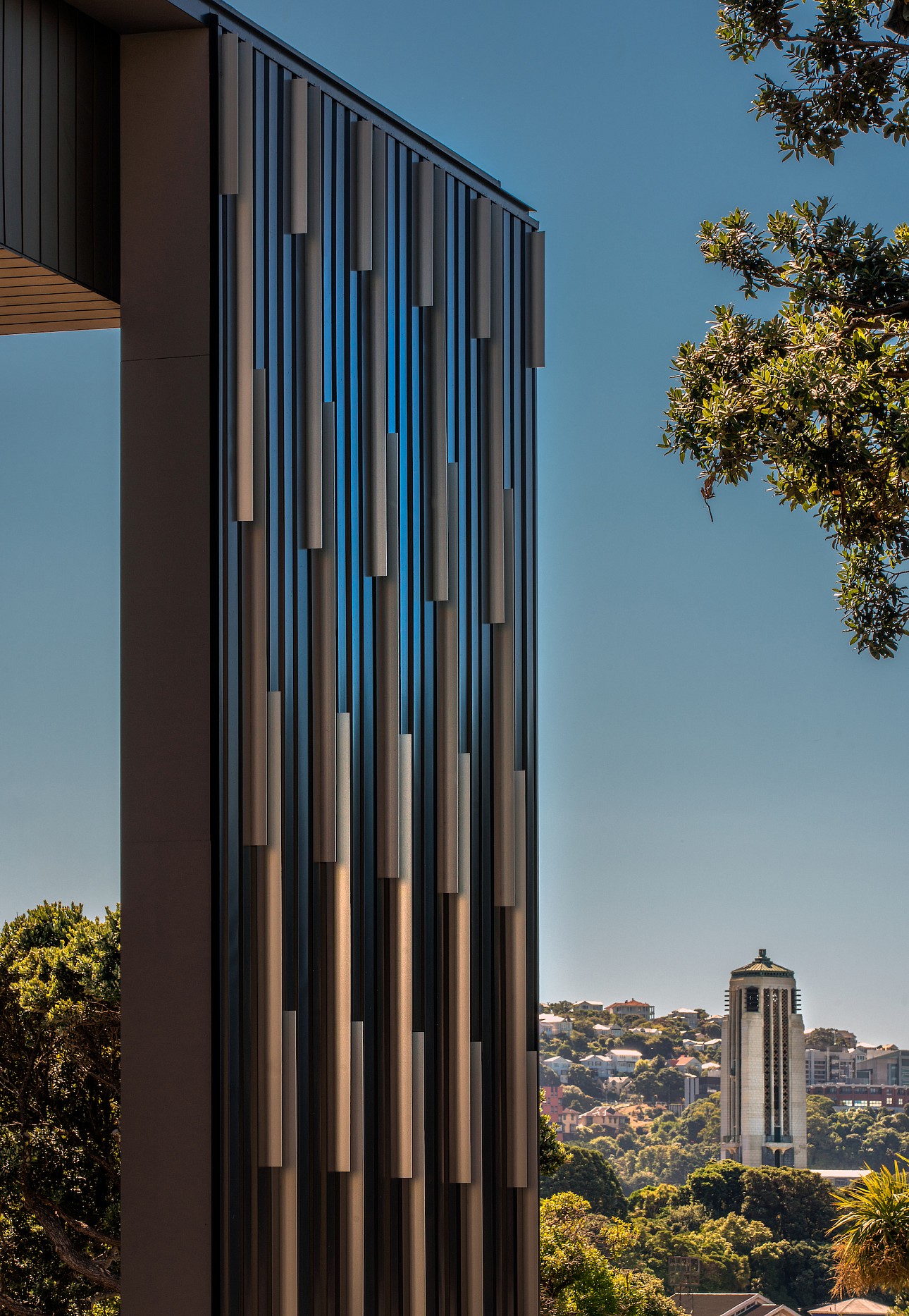 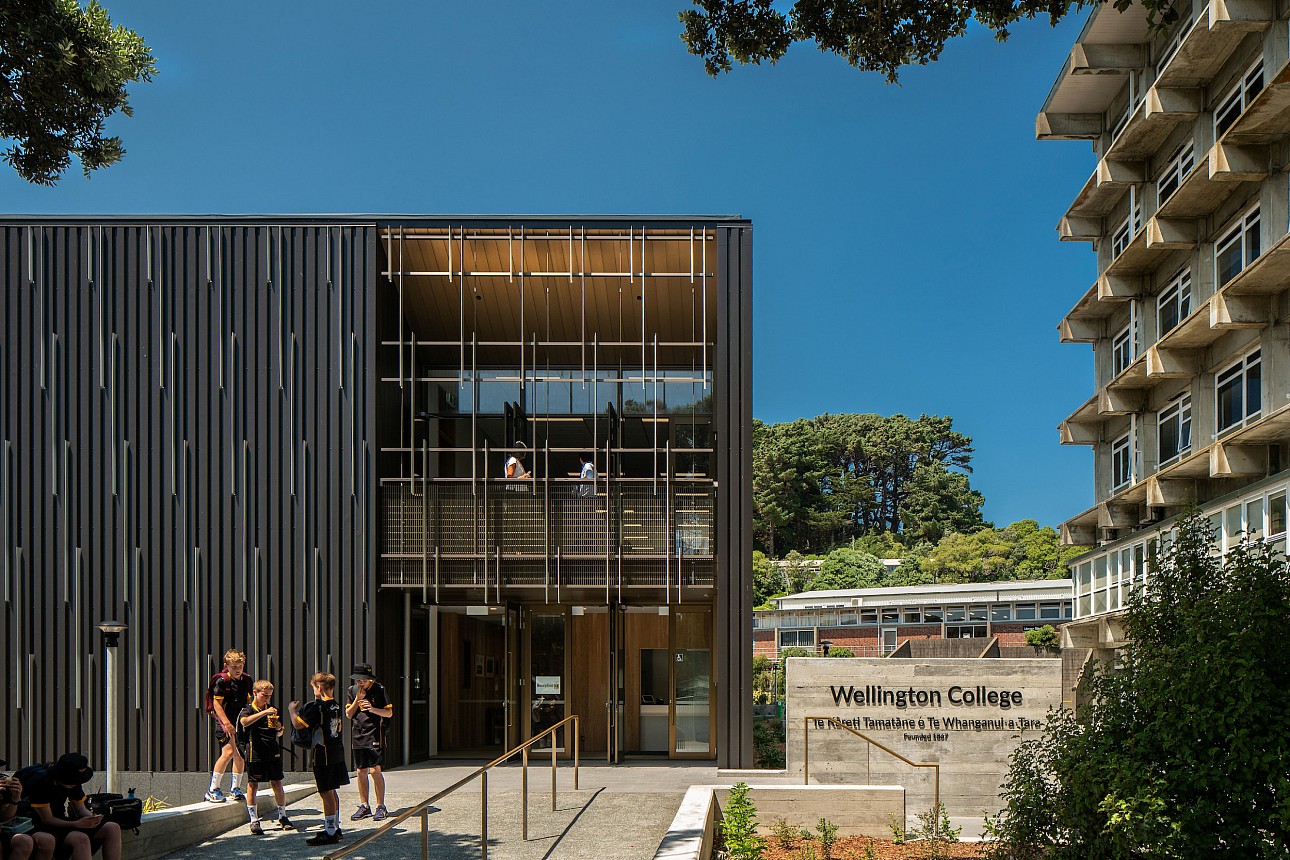 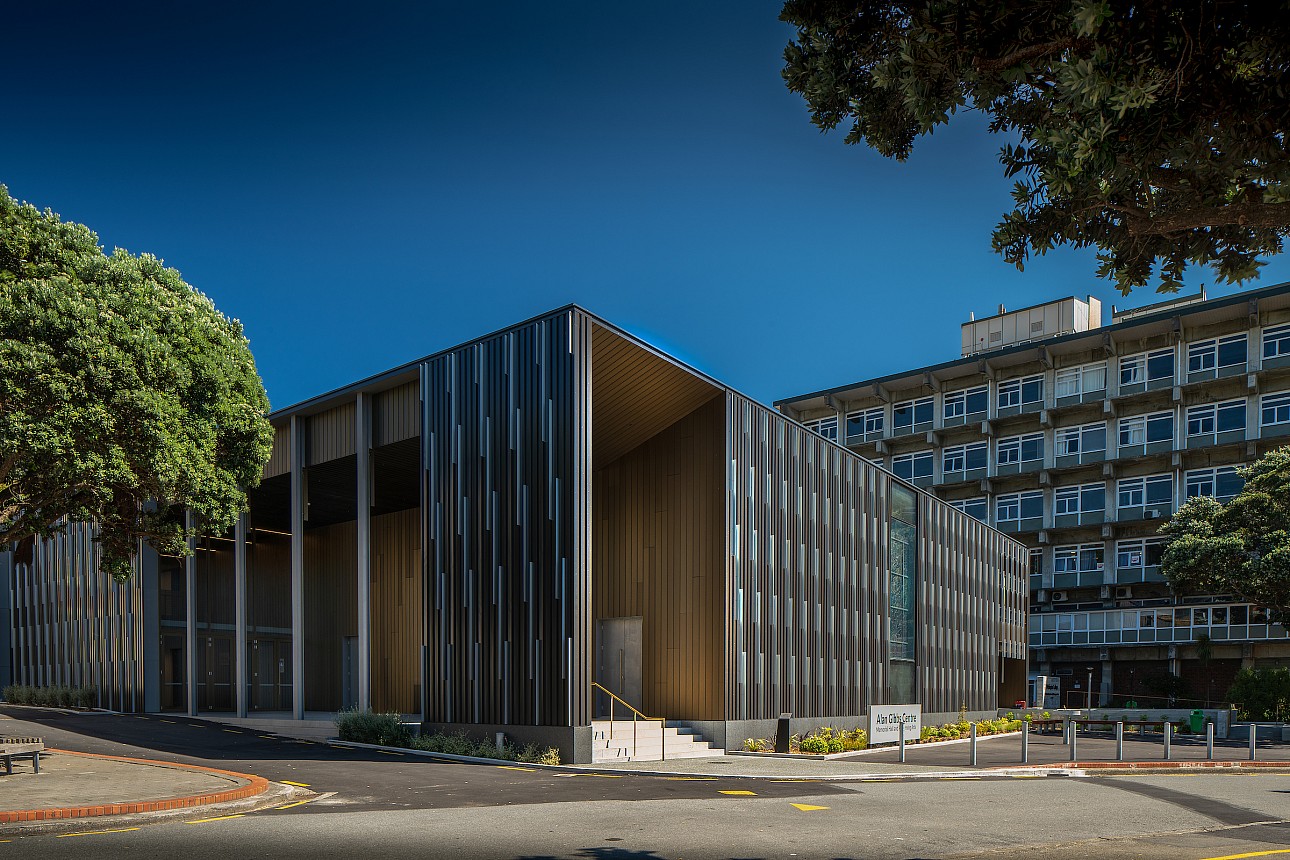 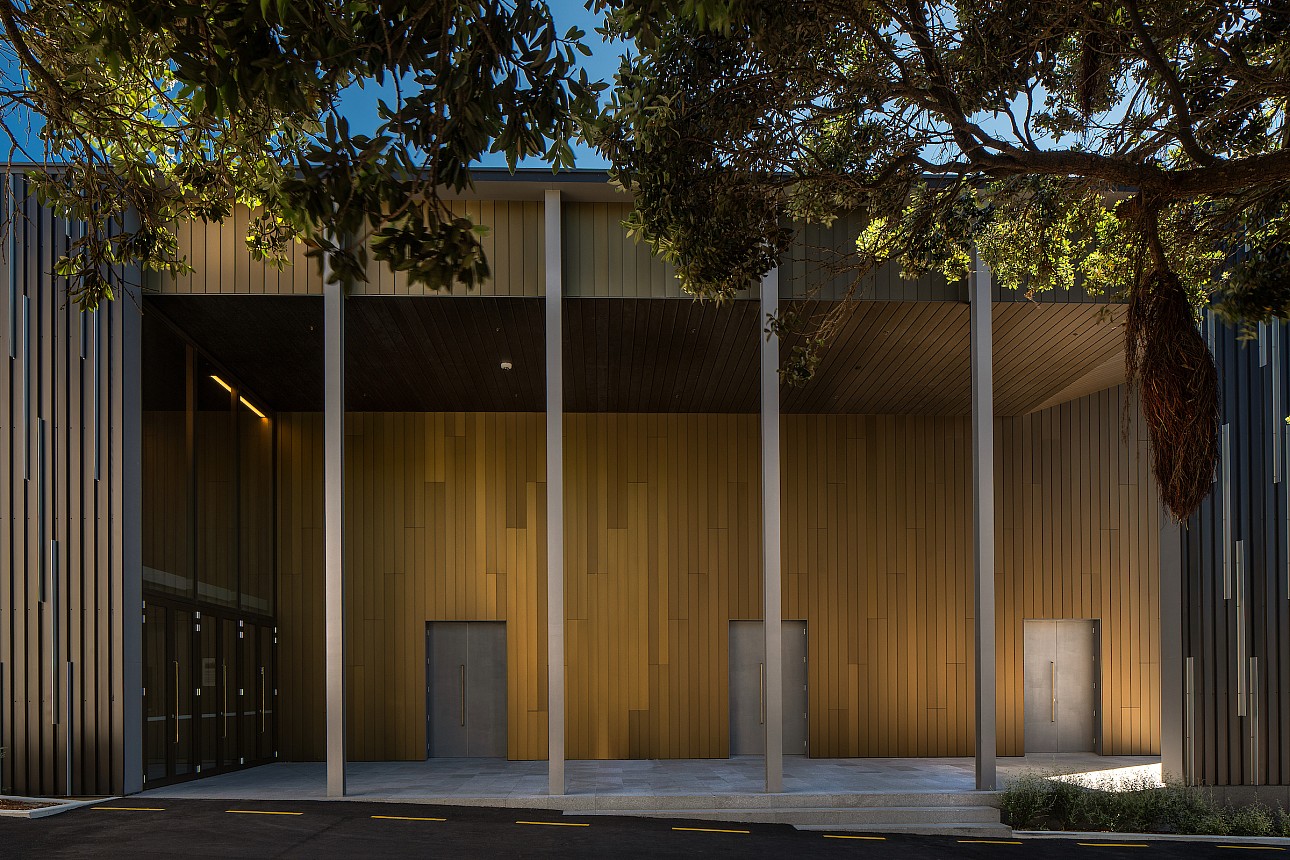 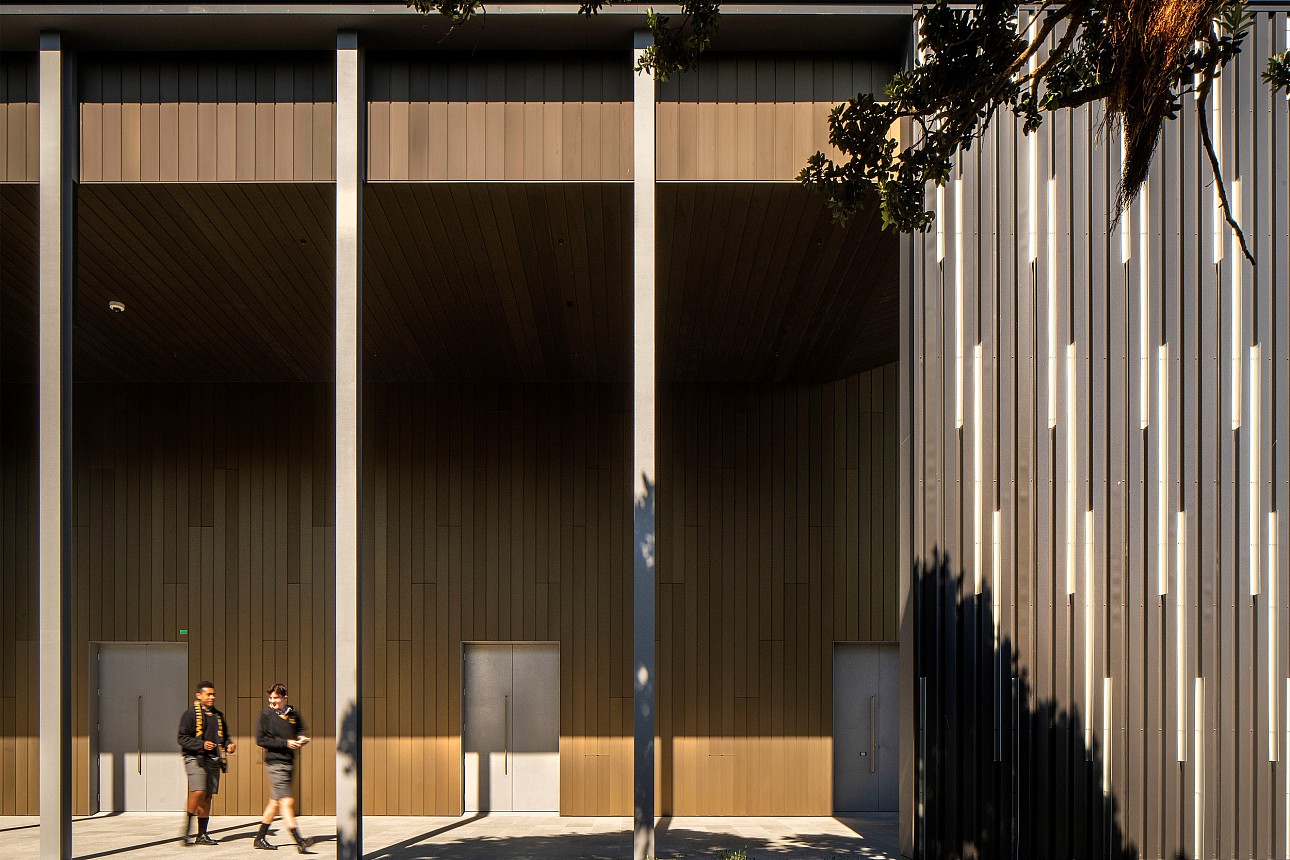 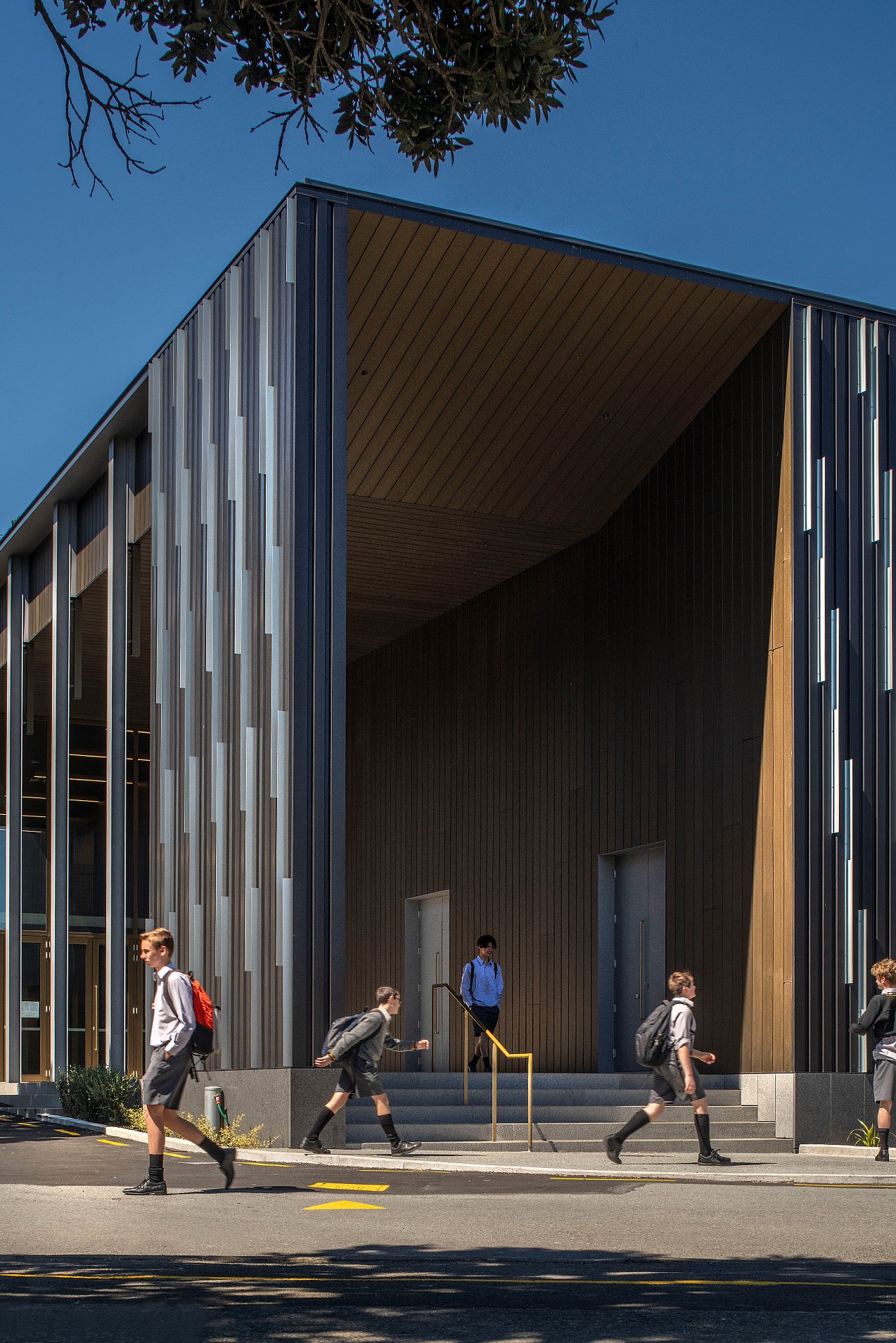 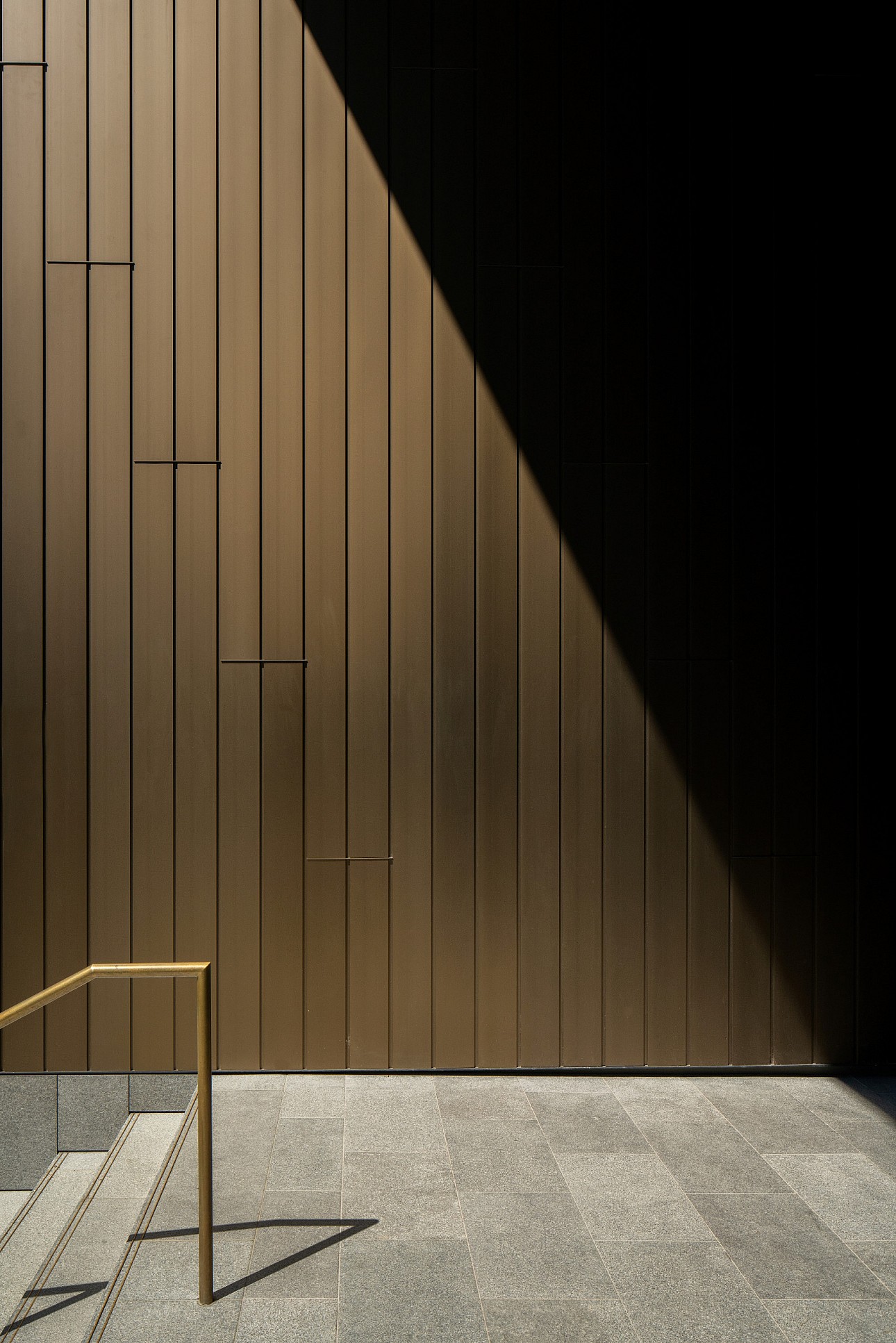 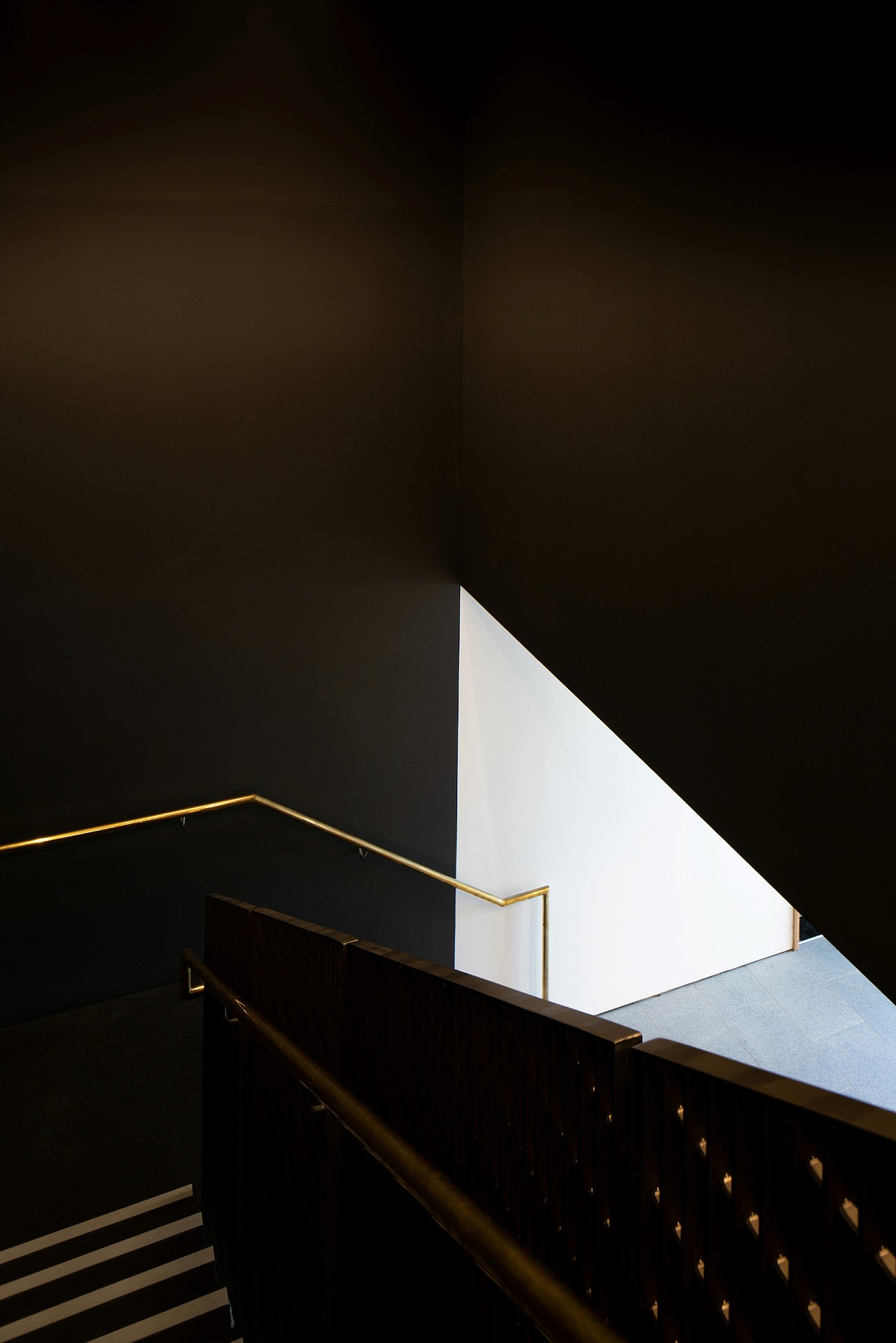 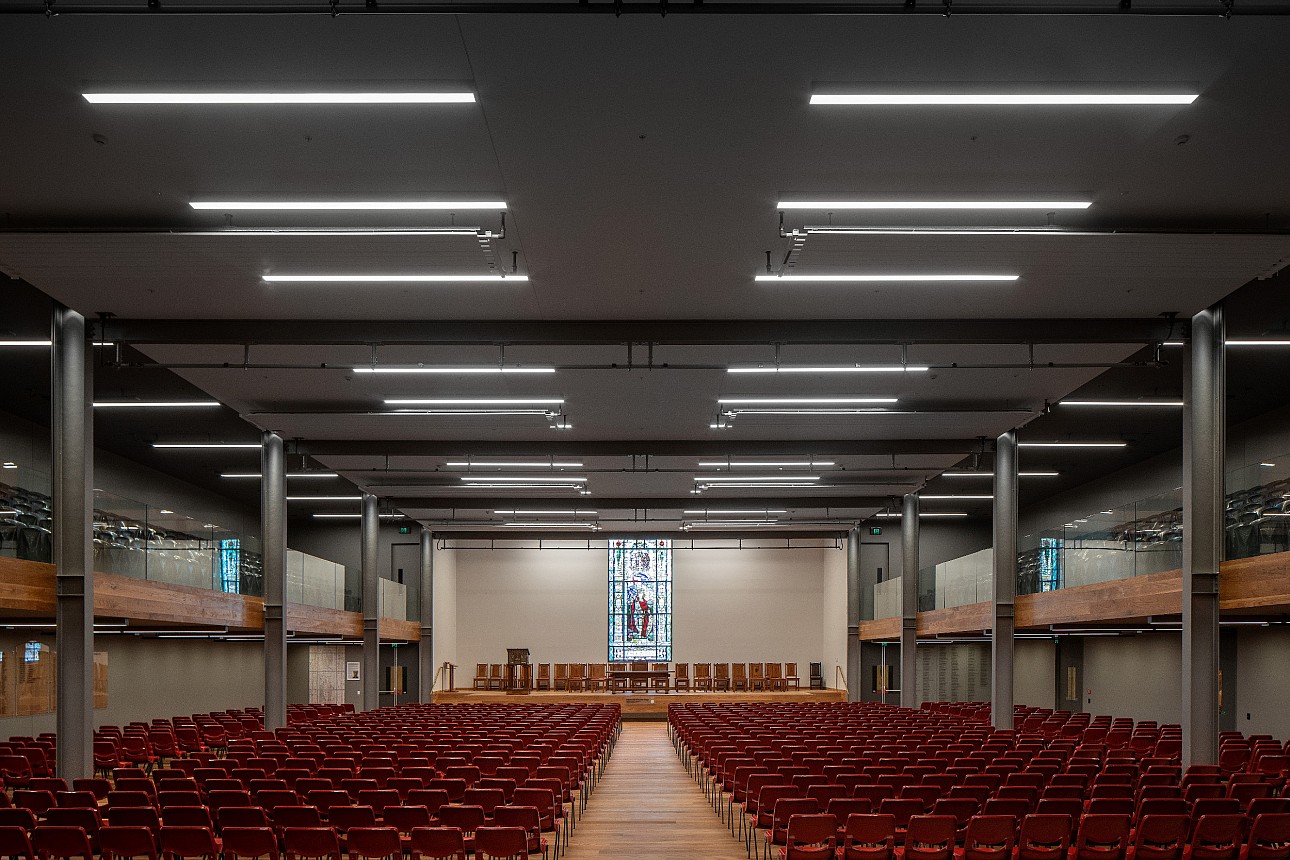