Expressions is the name of the civic theatre and art gallery complex at Upper Hutt Civic Centre.

architecture + was first commissioned in 1996 to design a stand alone theatre and art gallery complex for a Community Arts Centre Trust on a vacant site opposite the Civic Centre. For budgetary reasons this project foundered. In 1999 the Council commissioned us to complete a feasibility study of various options for the facilities on the vacant site, as well as alternative locations such as vacant commercial buildings in the city’s commercial area, and as part of an altered Civic Hall.

The two level complex, on the site adjacent to the Civic Hall, evolved from these design studies and from a Value Management Workshop that was held in early 2000 with more than 80 interested stakeholders and citizens. This solution, with the theatre above the art gallery, allowed the adjacent existing Civic Hall to remain and be connected to the new facilities.

The site originally housed a collection of small pavilions accommodating facilities for the hall (toilets, entrance, changing rooms, kitchen and supper room. These pavilions were considered by the Council to be something of a ‘white elephant’ as their usage was intermittent.

The facilities that require light control are therefore accommodated in the 'closed' solid form. This form is constructed with pre-cast concrete panels that support the suspended floor and roof systems. The 'open' form incorporates a massive portal and is enriched by the extensive use of timber surfaces and the red colour of the mosaic tiles.

The foyer is designed as a civic space in recognition of its importance as a public space for the city. It is full height and the dominant form of the overhanging auditorium clad with red mosaic tiles helps to establish its character. Also the presence of the stairs that lead up to the theatre allows the movement of the audience to be seen. This journey ascending to the auditorium is seen as an important part of the procession to the theatre increasing the sense of occasion and anticipation.

There were perceived to be many advantages of locating the theatre on the upper level. These included the additional height and therefore presence that the building gained. Also theatres are ‘mute’ buildings which, even when in use, do not demonstrate their activity except when the audience arrives and departs. By vertically separating the theatre from the ground floor activities this allows the ground floor to hum with the daily activity of the gallery, hall and café without the impediment of the theatre. 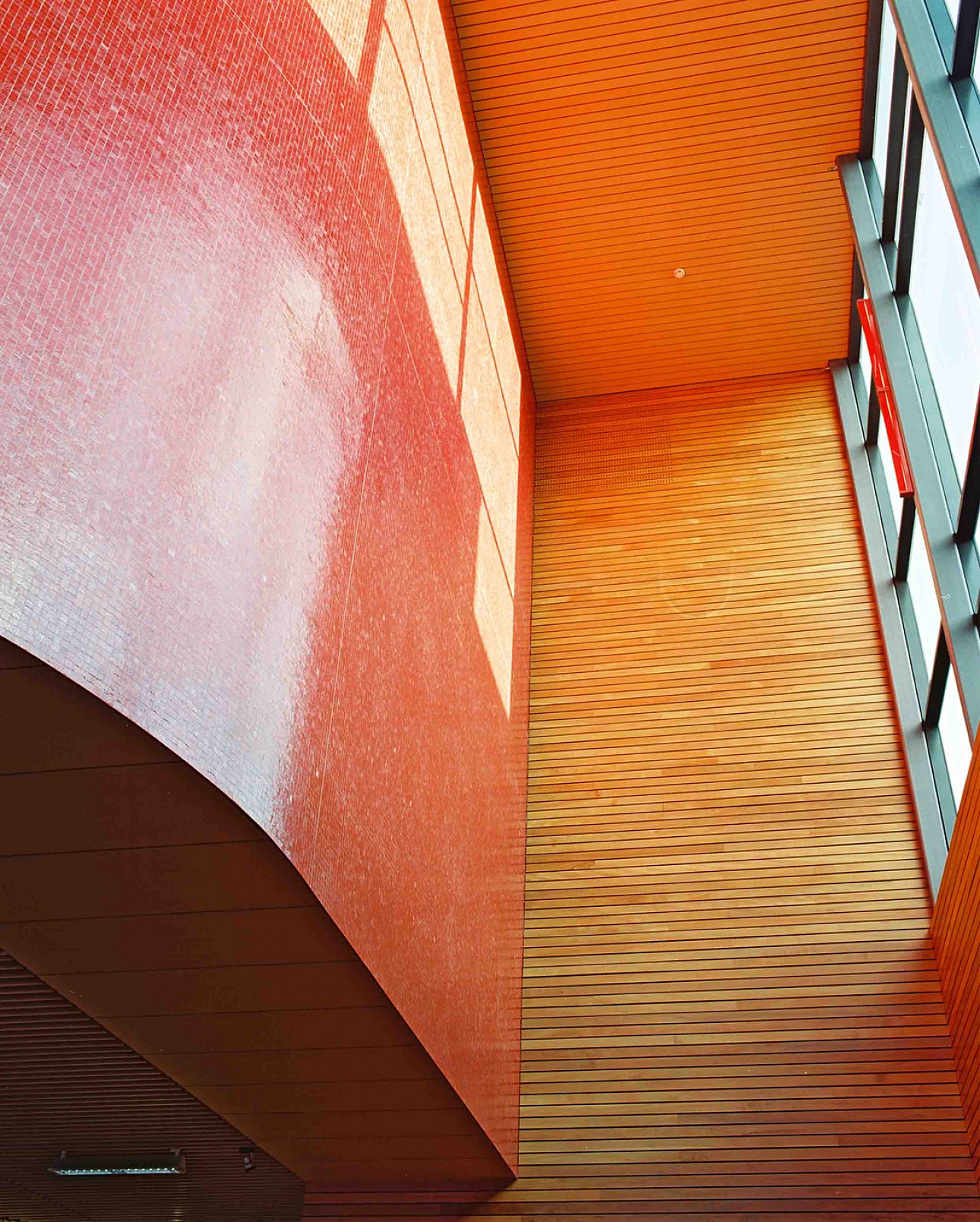 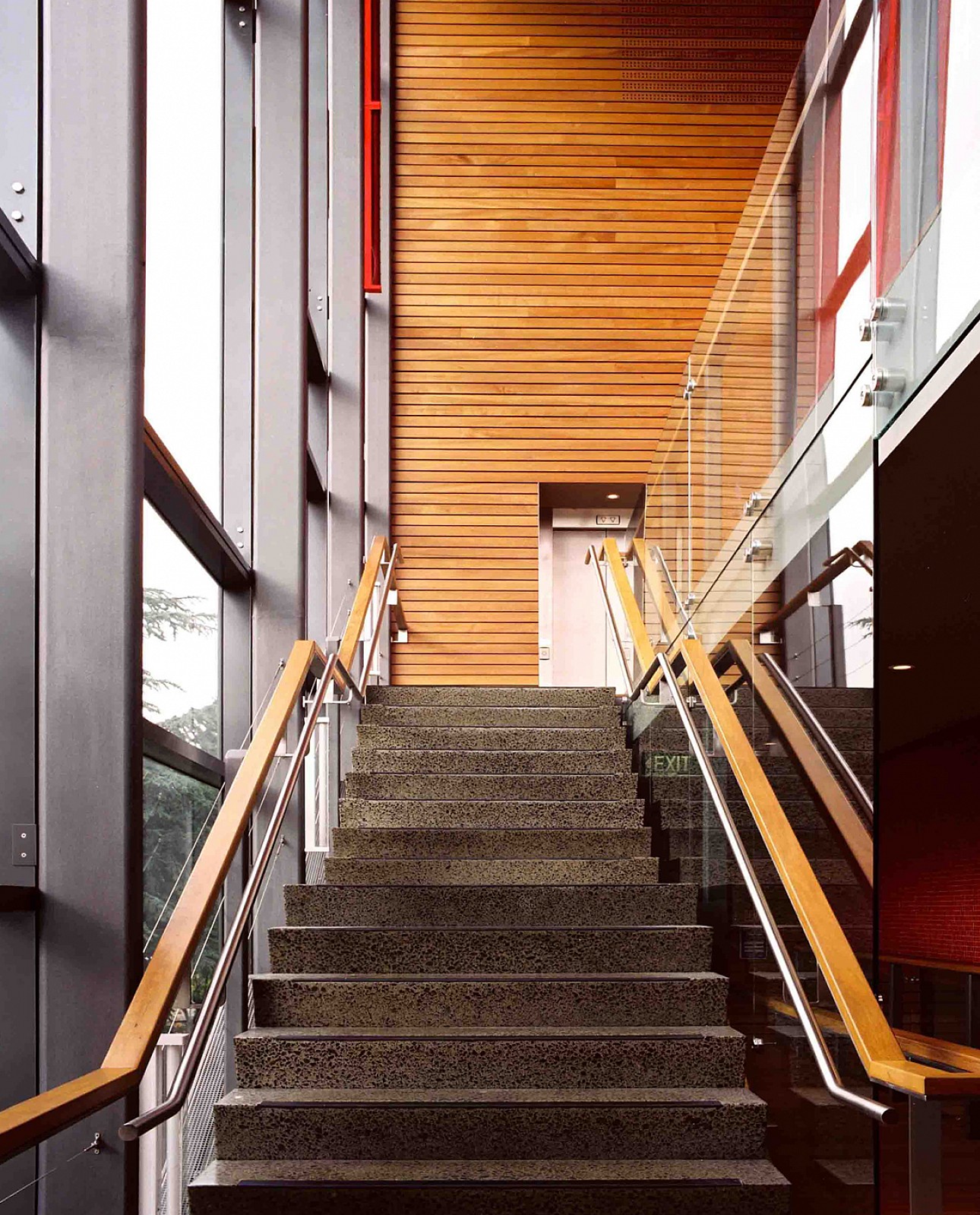 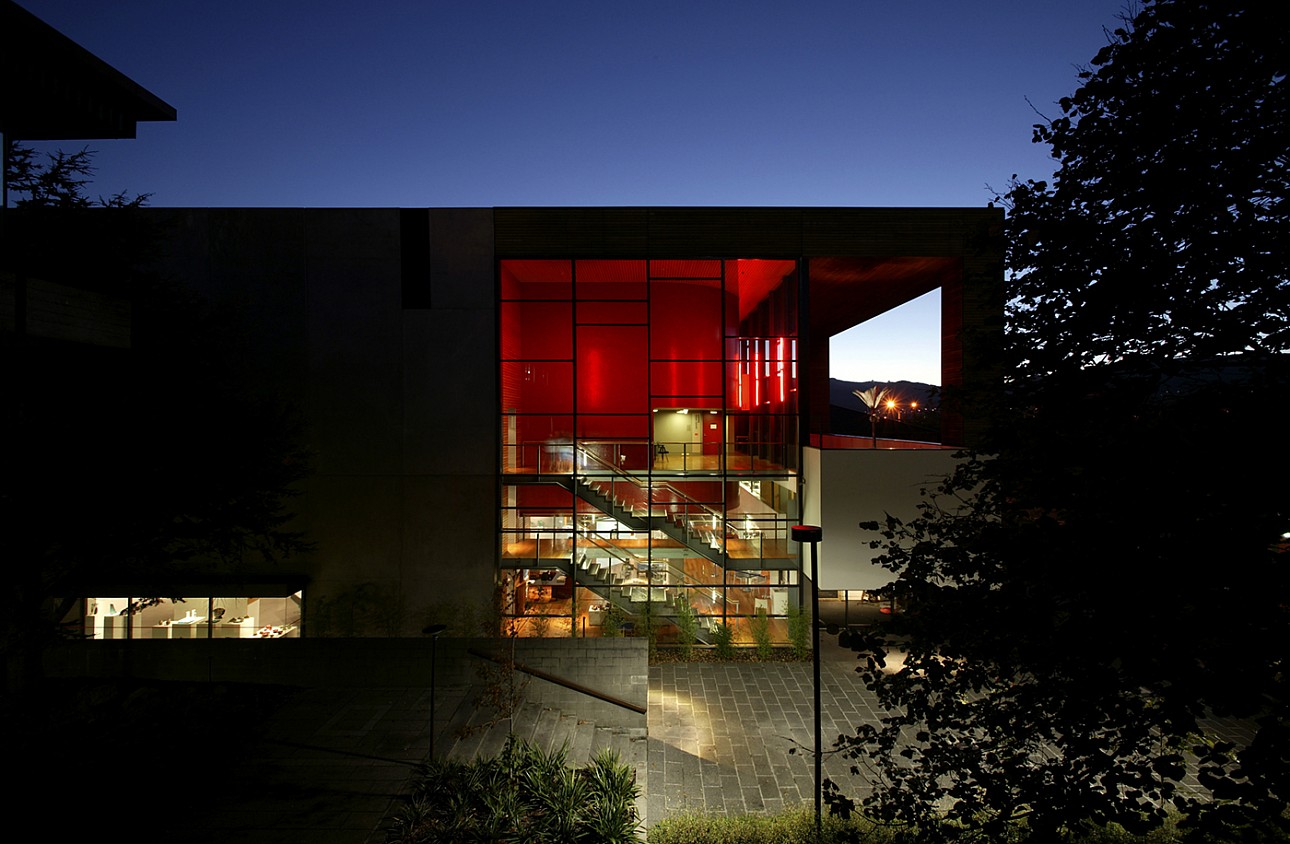 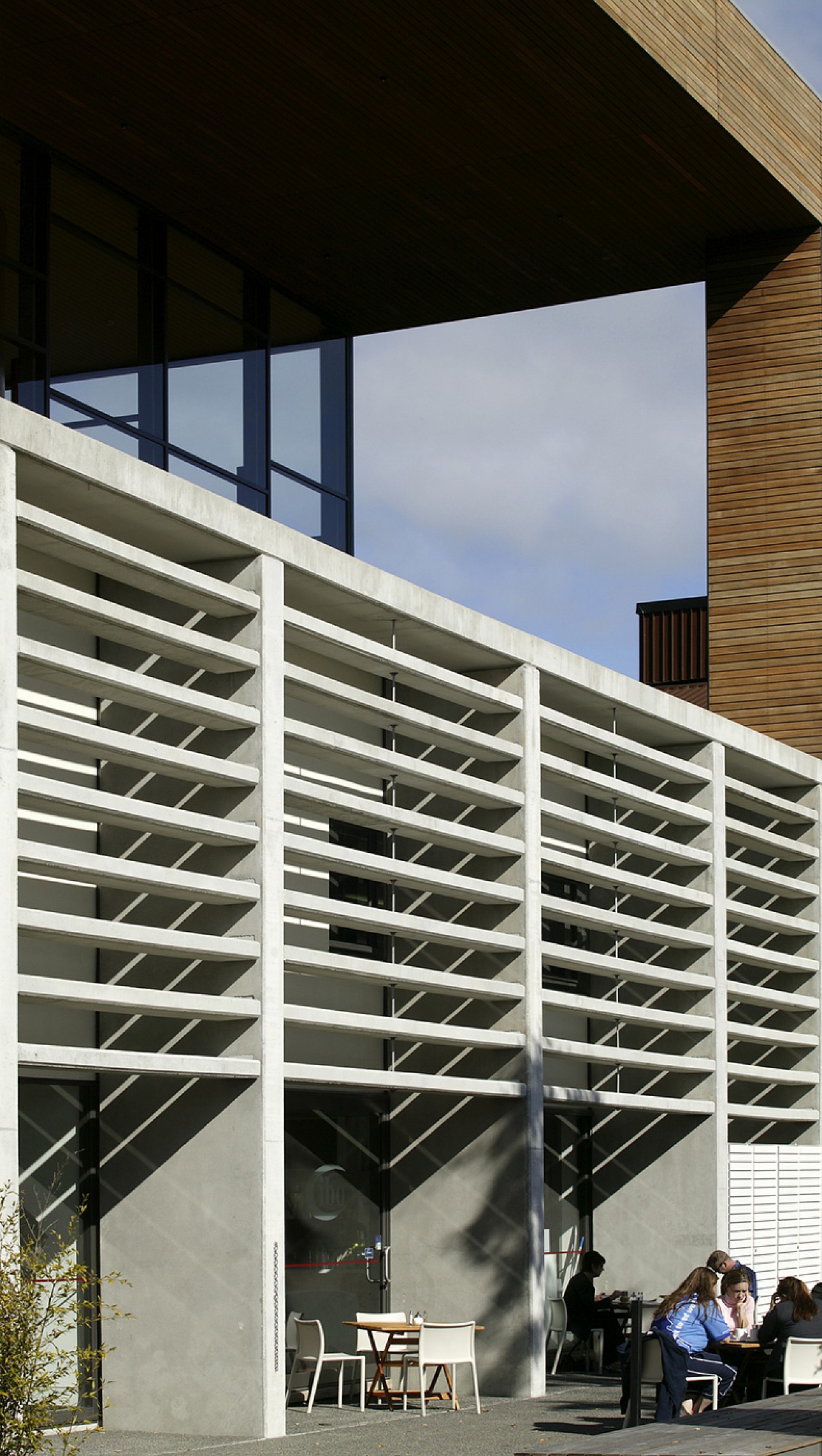 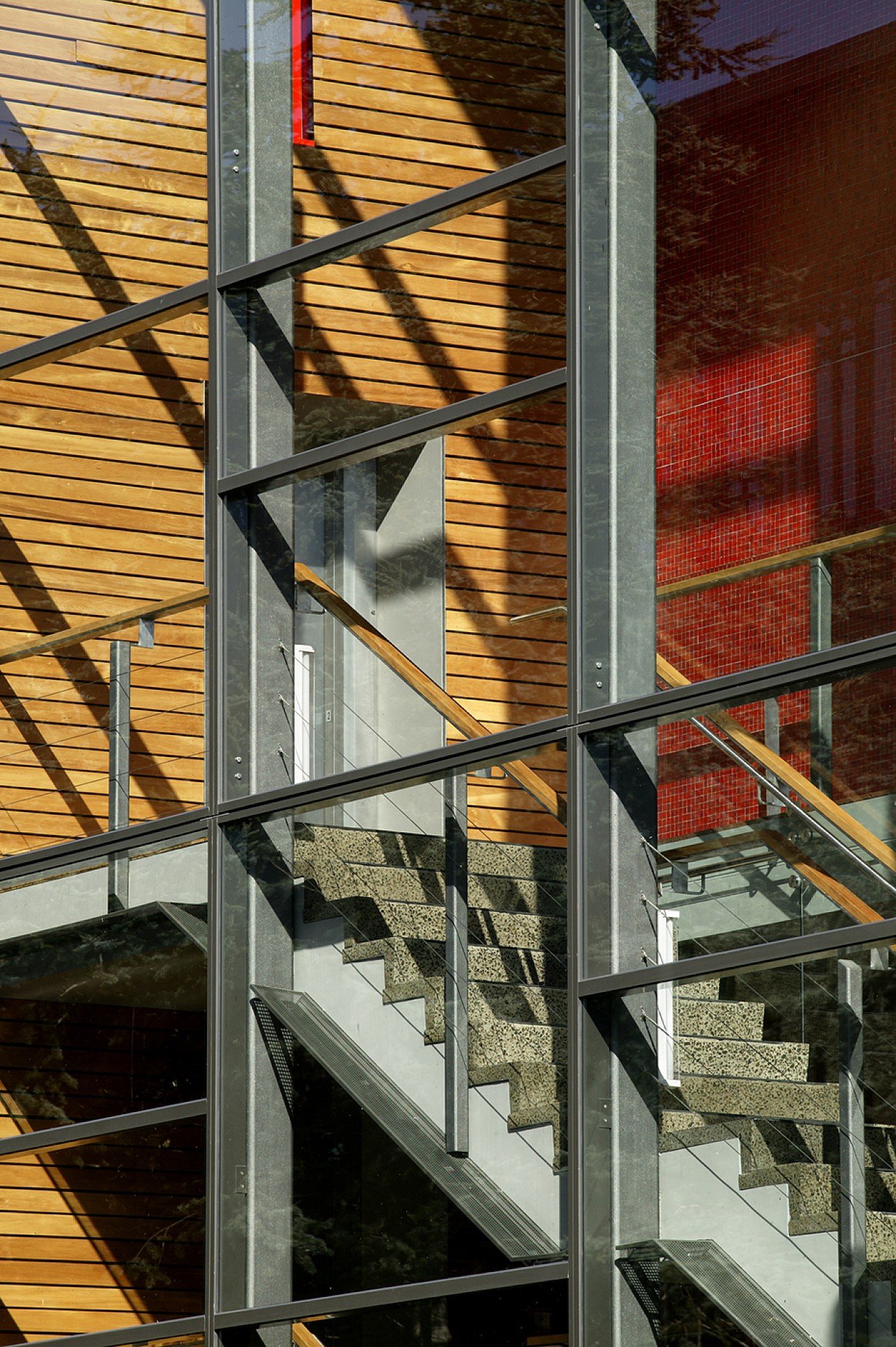 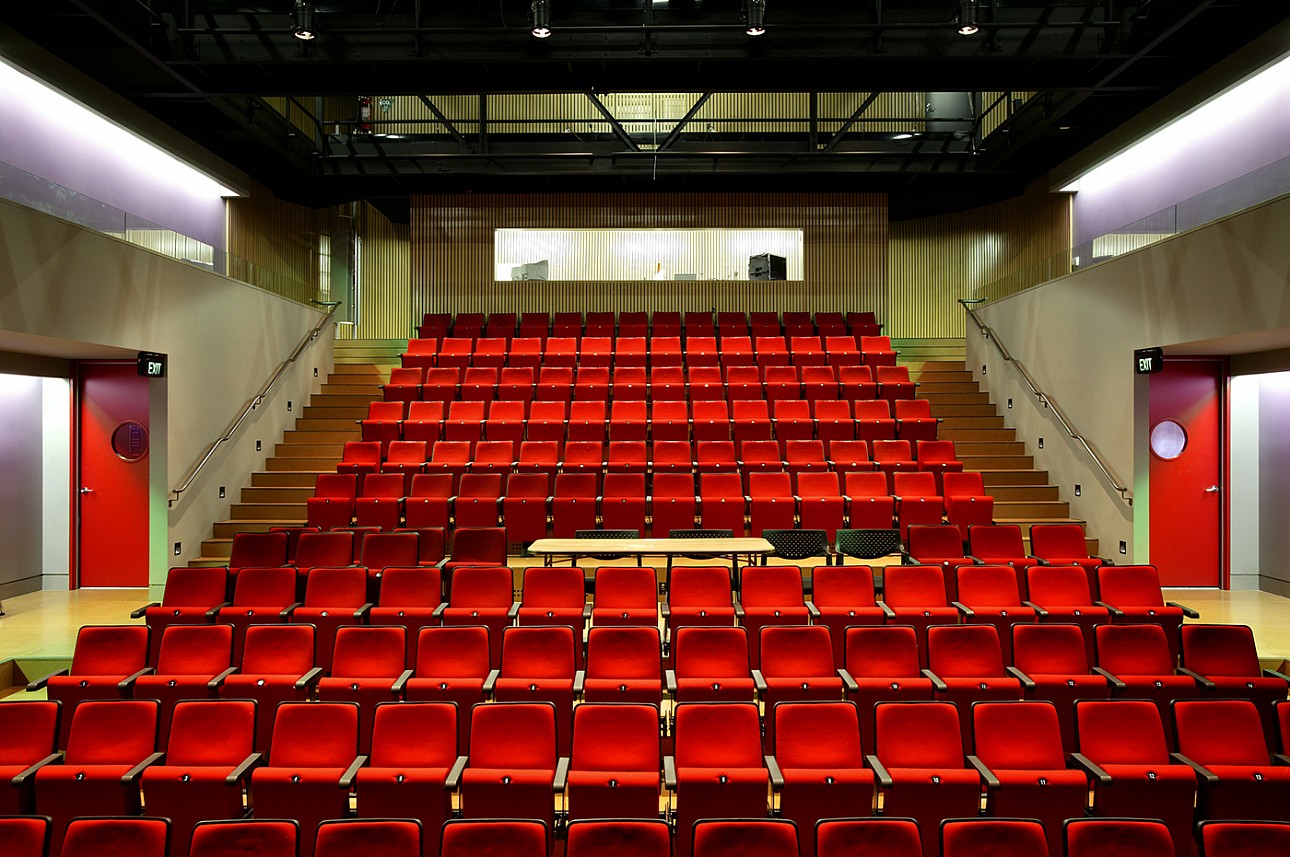 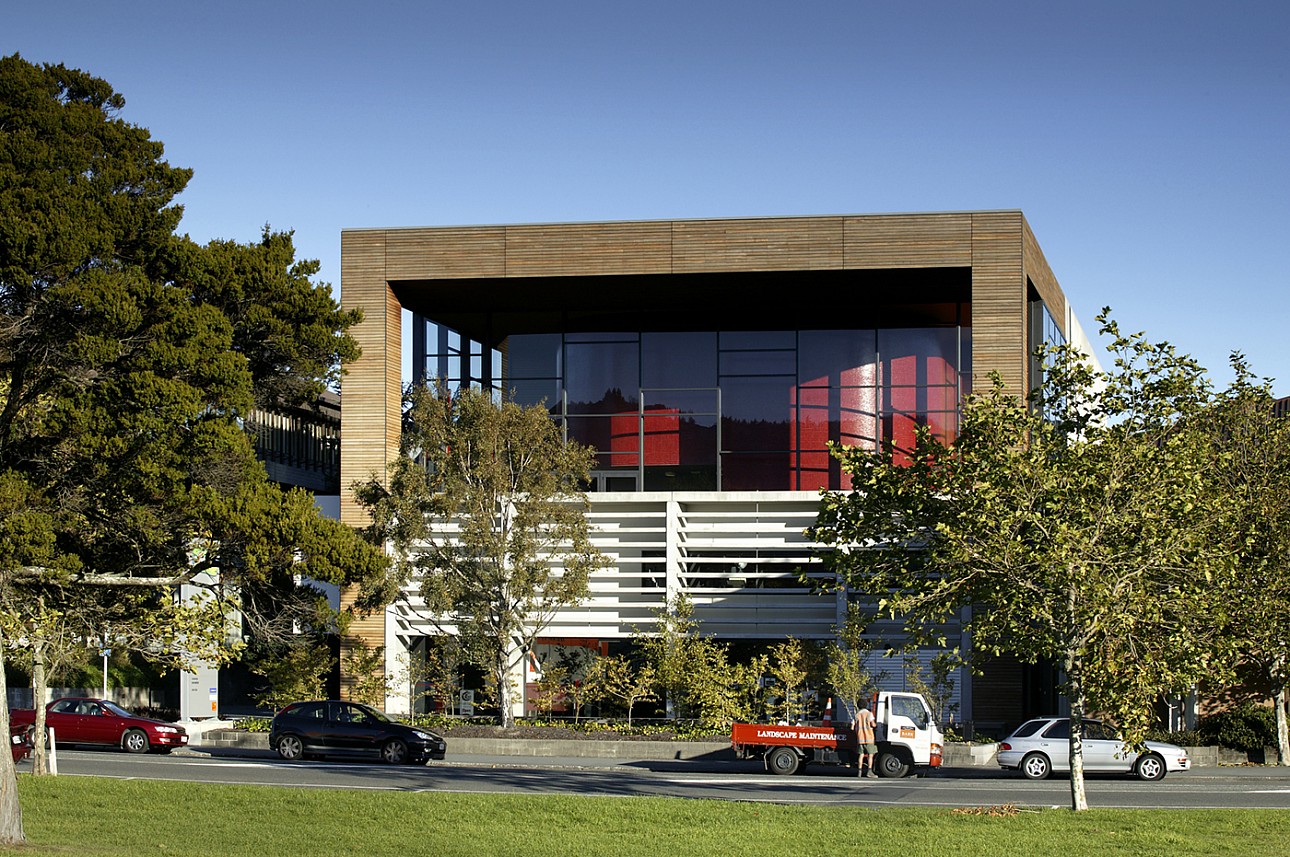 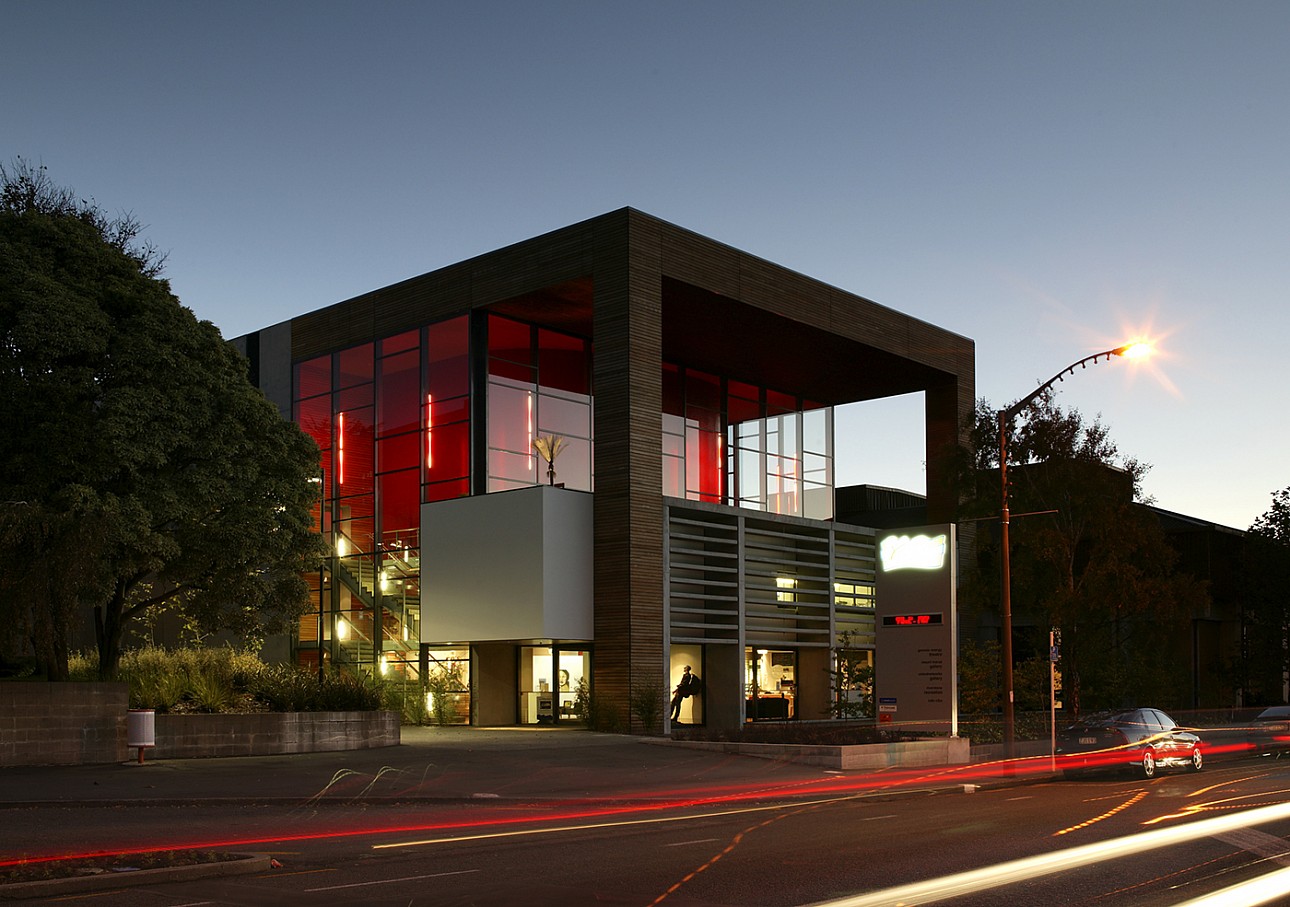 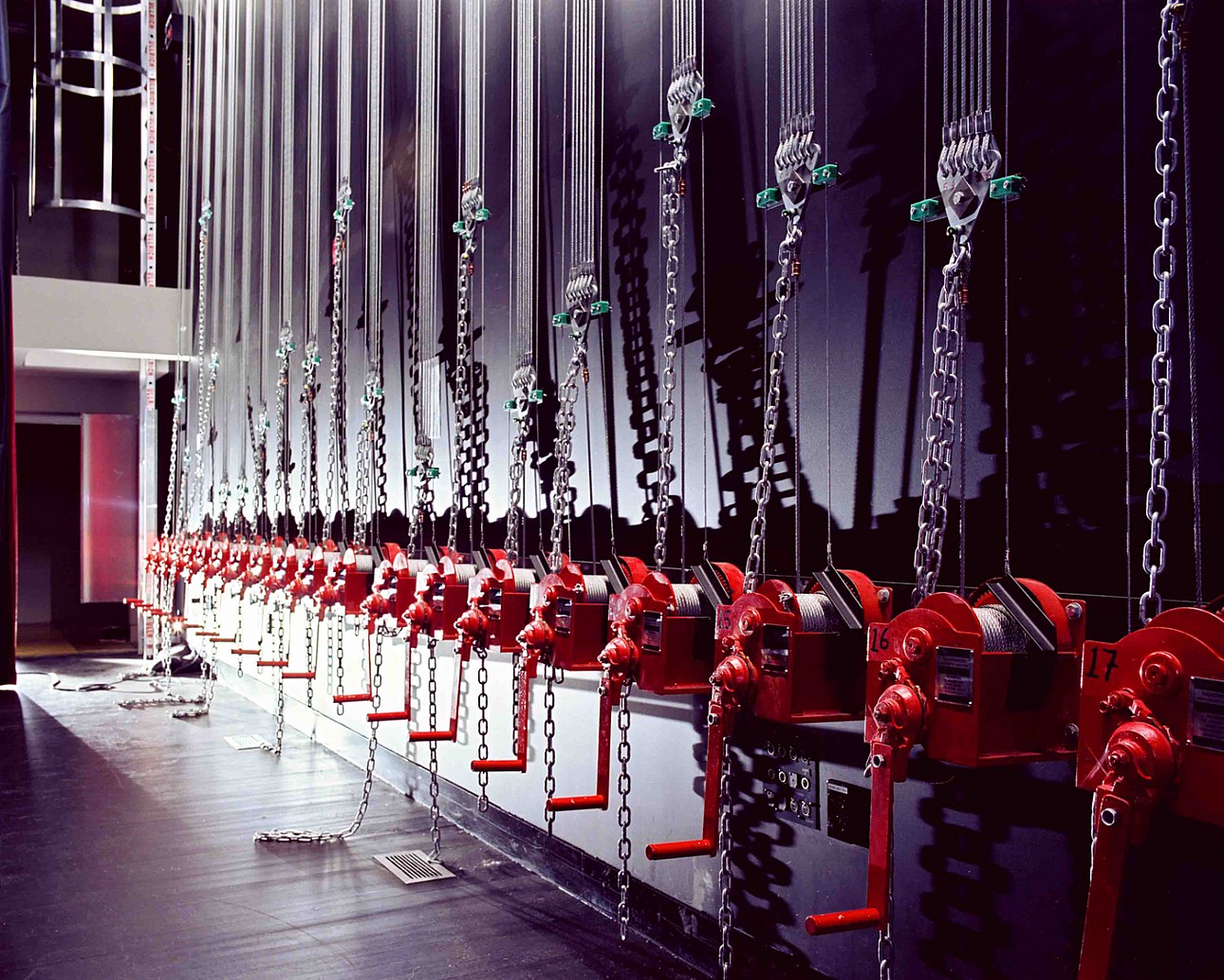