This project has had a long gestation. The project is the culmination of a lengthy period of design, discussion and debate, and consultation involving many participants and the public.

The concept of a Wharewaka adjacent to the lagoon was first suggested in 2000 when it was proposed that the south end of the Frank Kitts carpark be converted into a facility to accommodate the waka and its supporting functions.

Soon after this an alternative site was proposed at the south end of the lagoon. In 2003 architecture+ were asked to look at developing a conceptual design for this site. Oceanic Architecture became involved at this stage and after considering many ideas, agreement was reached on a scheme which proposed a two-building concept as a way of overcoming many dilemmas associated with earlier proposals.

This scheme was developed and presented to the public for consultation prior to obtaining Resource Consent in 2005. Most recently modifications to the scheme necessitated by financial considerations and modifications to the City to Sea bridge across Jervois Quay have resulted in a new proposal which incorporates the waka and all other functions in a single building.

The location is significant, as the location of the Wharewaka was previously harbour frontage to Te Aro Pa, one of the largest Maori communities in Wellington up until the 1880’s.

The Wharewaka will play a significant role in the telling some of the stories of the pa located around the Harbour. It will also be significant in achieving the goal of re-establishing a Maori presence in the city and on the waterfront, notably absent since the 1880s.

The building has strong spatial relationships to the open space on all sides. The front and the marae atea face northeast, as is the convention. The atea sits between the pae-pae of the building and the sculpture of Kupe. The axis of the building, and the alignment of the tahuhu, is on the Kupe sculpture, and to the south the Free Ambulance building.

Whilst the raison d’etre of the Wharewaka is to showcase and shelter waka, the building is in its own right an important building from a cultural, civic and architectural perspective. Its presence therefore is seen as being beneficial in many ways to the cultural development of the city.

The cloak covers the body of the building, draping down its sides. It has been designed to allow transparency and facilitate access into and out of the building where desired and to provide enclosure elsewhere. It provides environmental control to the building by providing shading to reduce solar gains. The sculptural form of the cloak creates a constantly changing visual expression to the building. 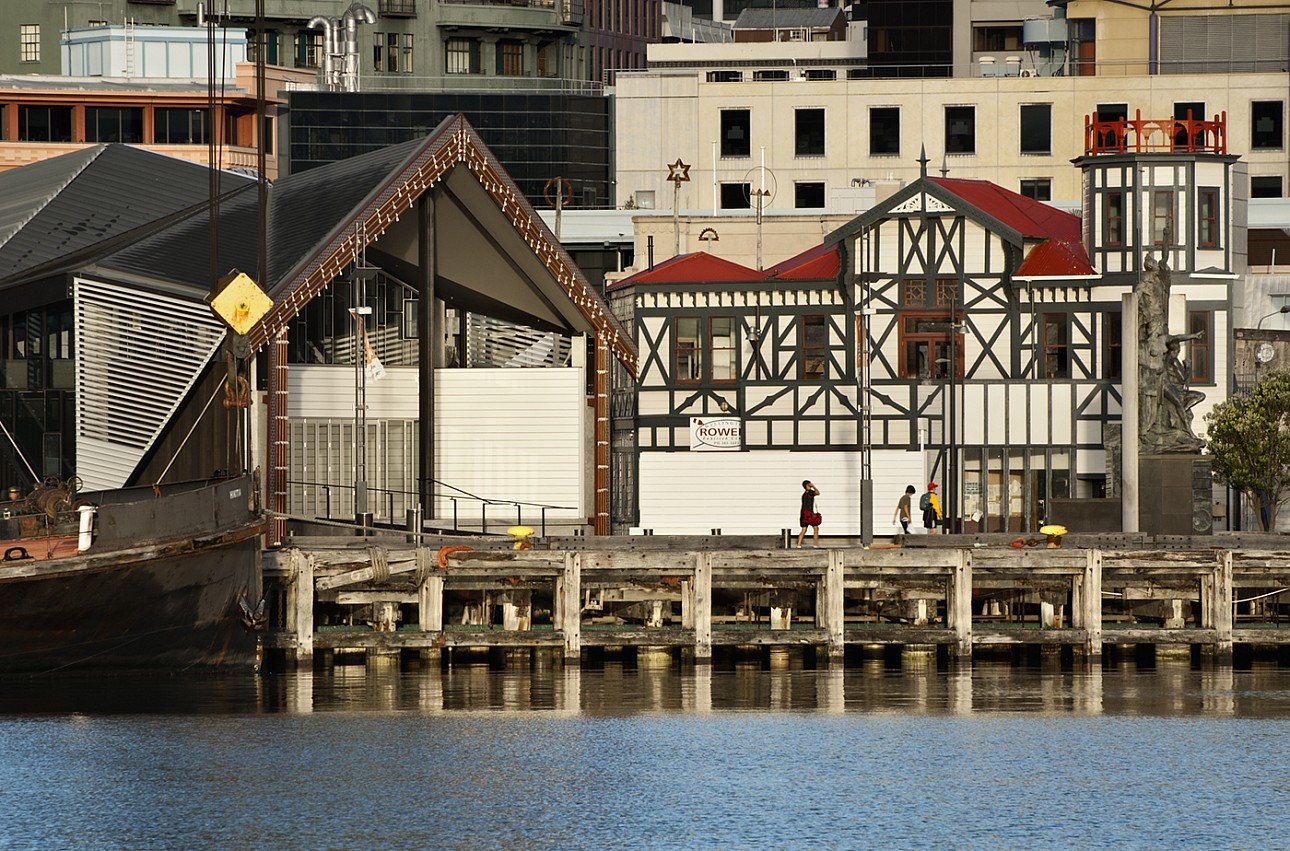 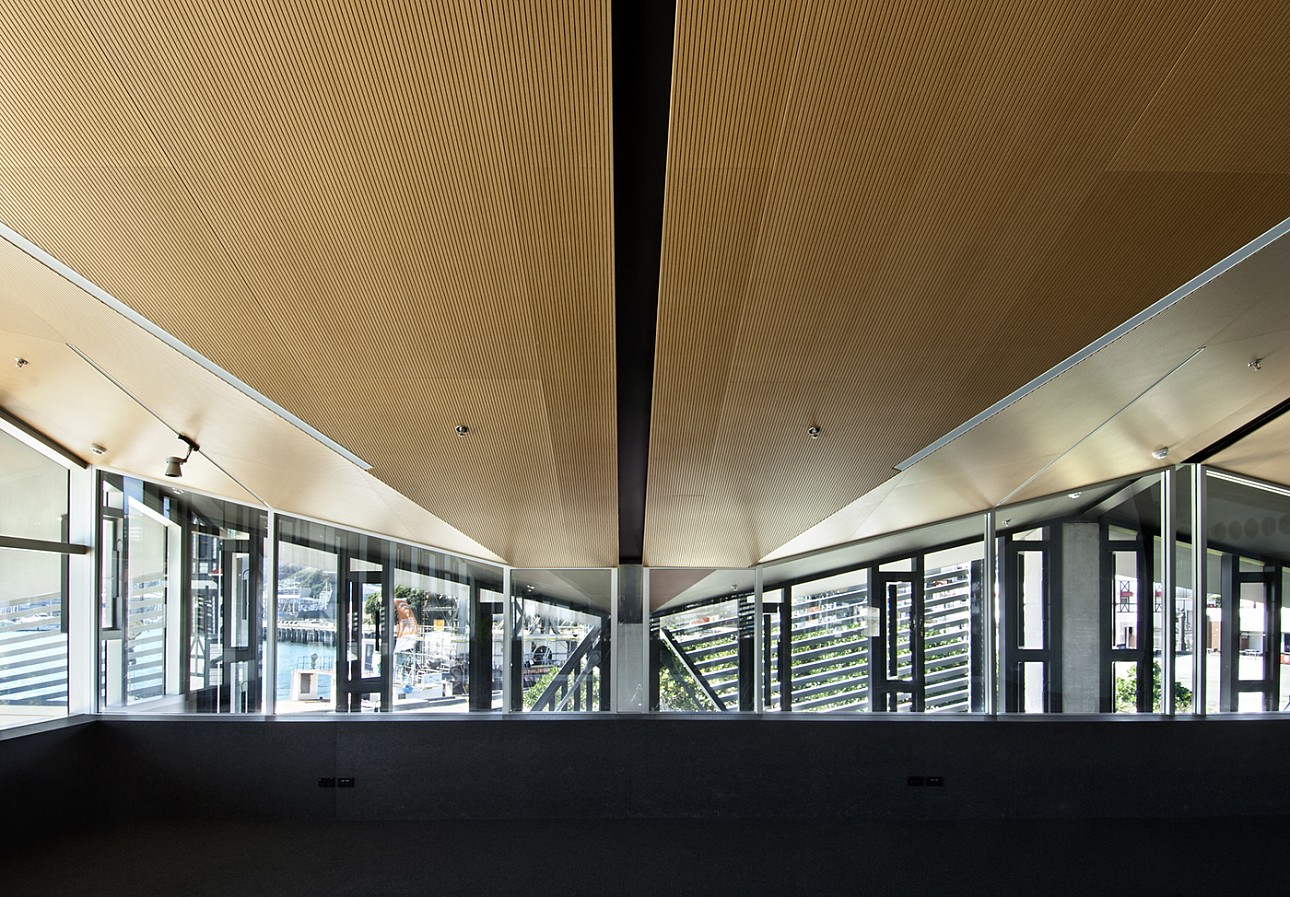 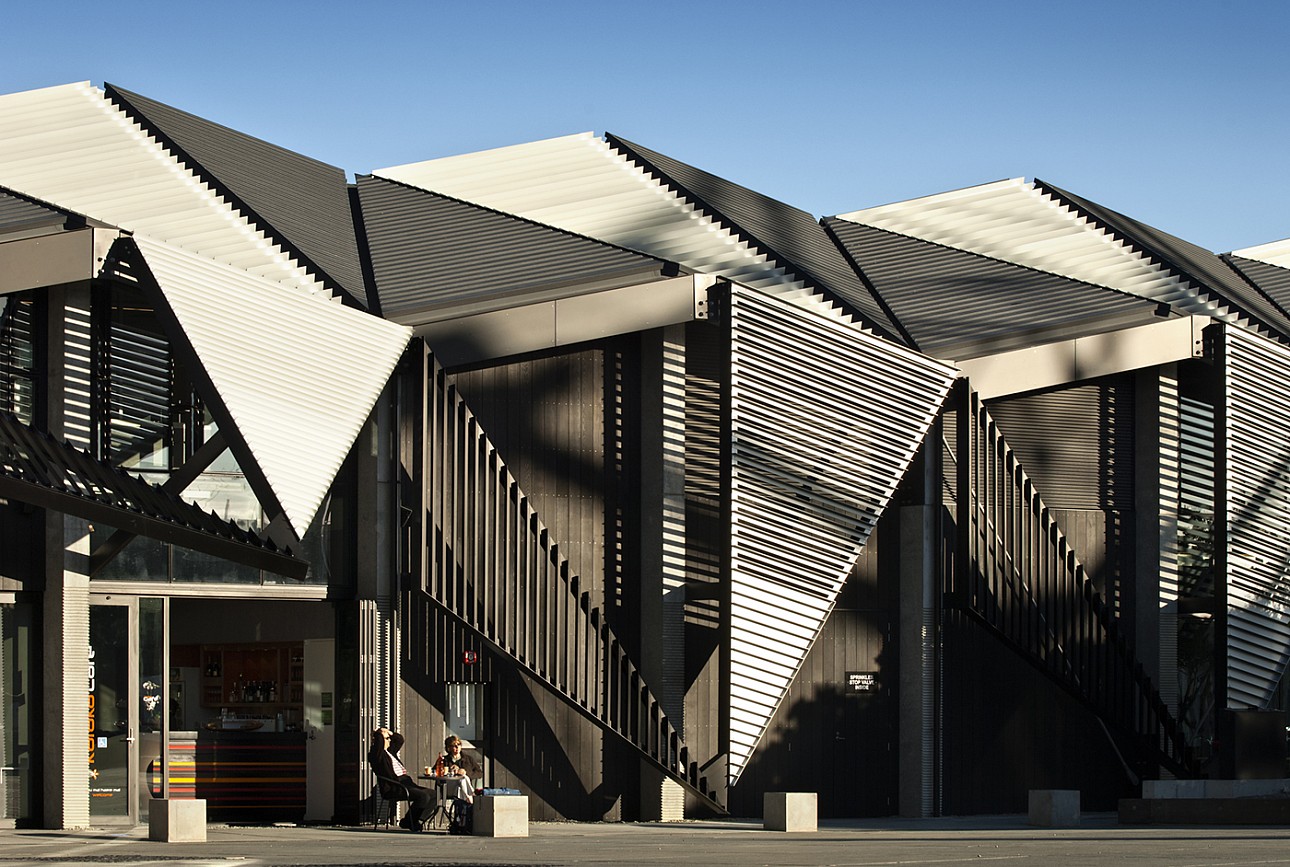 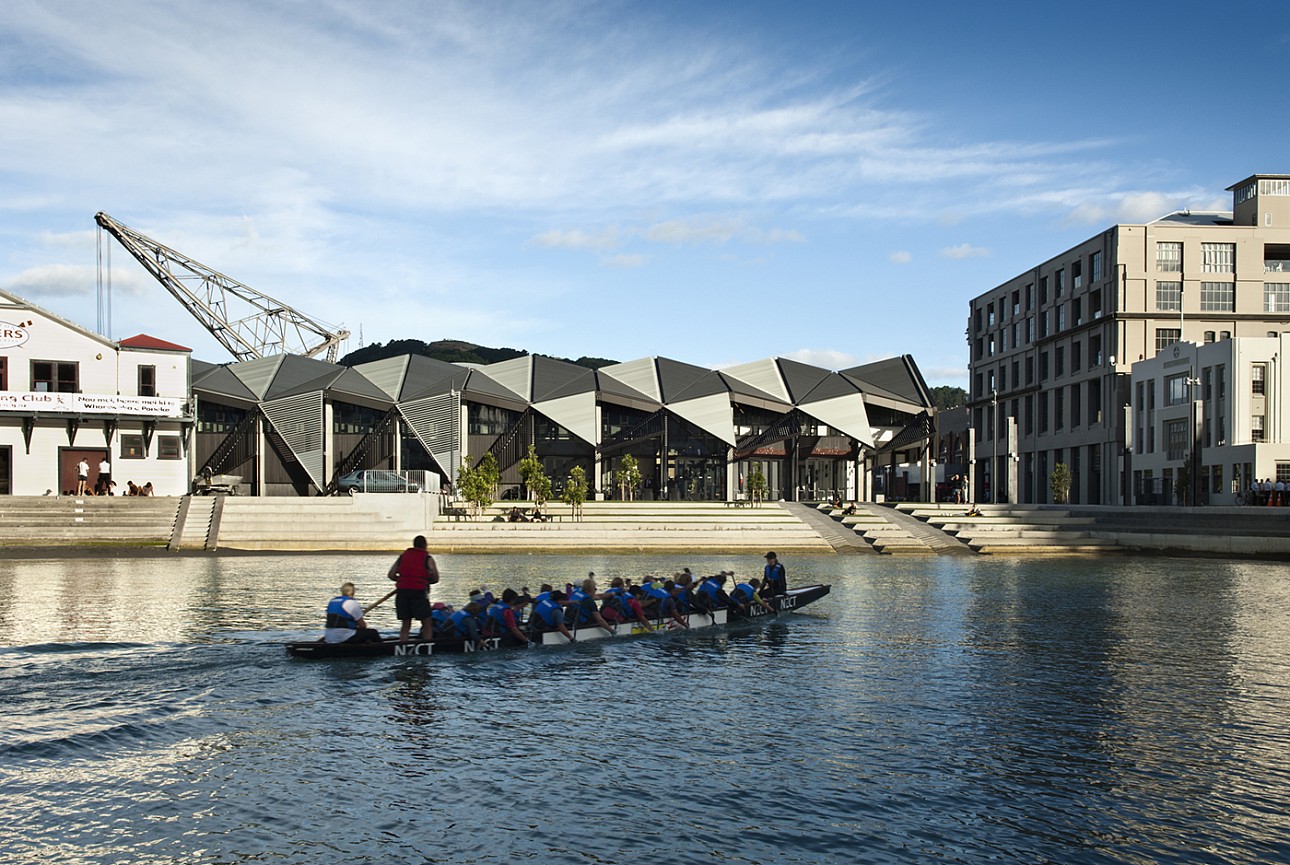 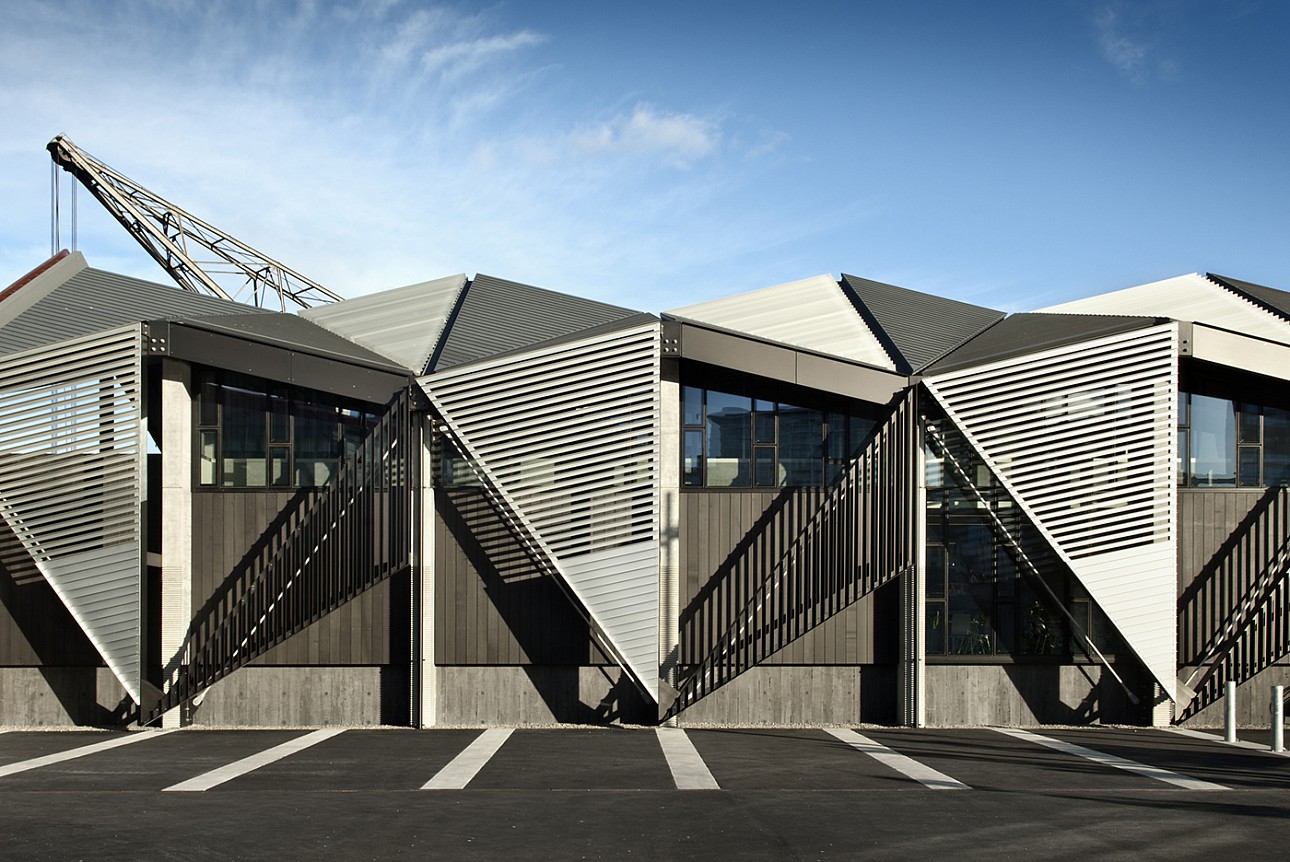 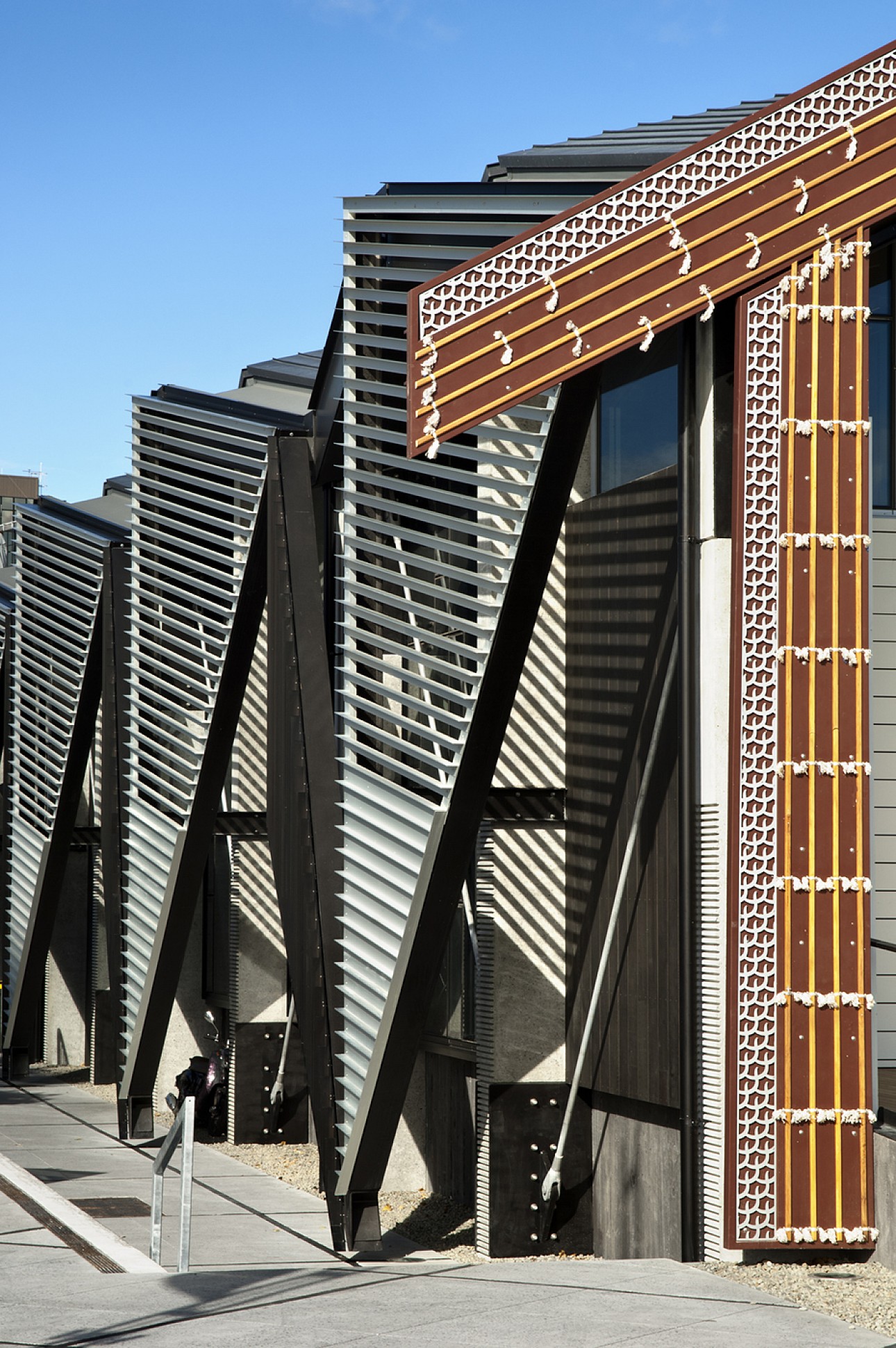 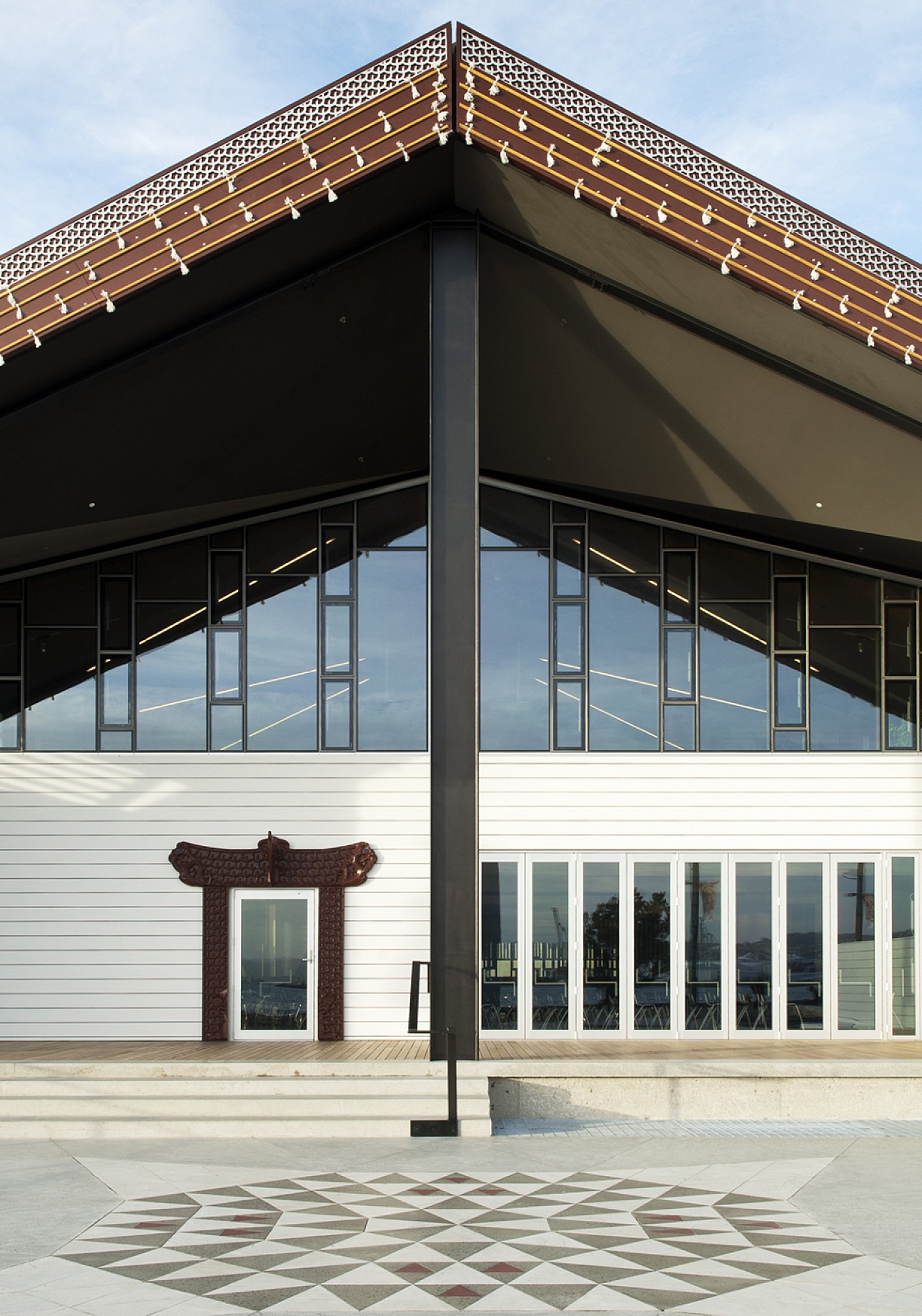 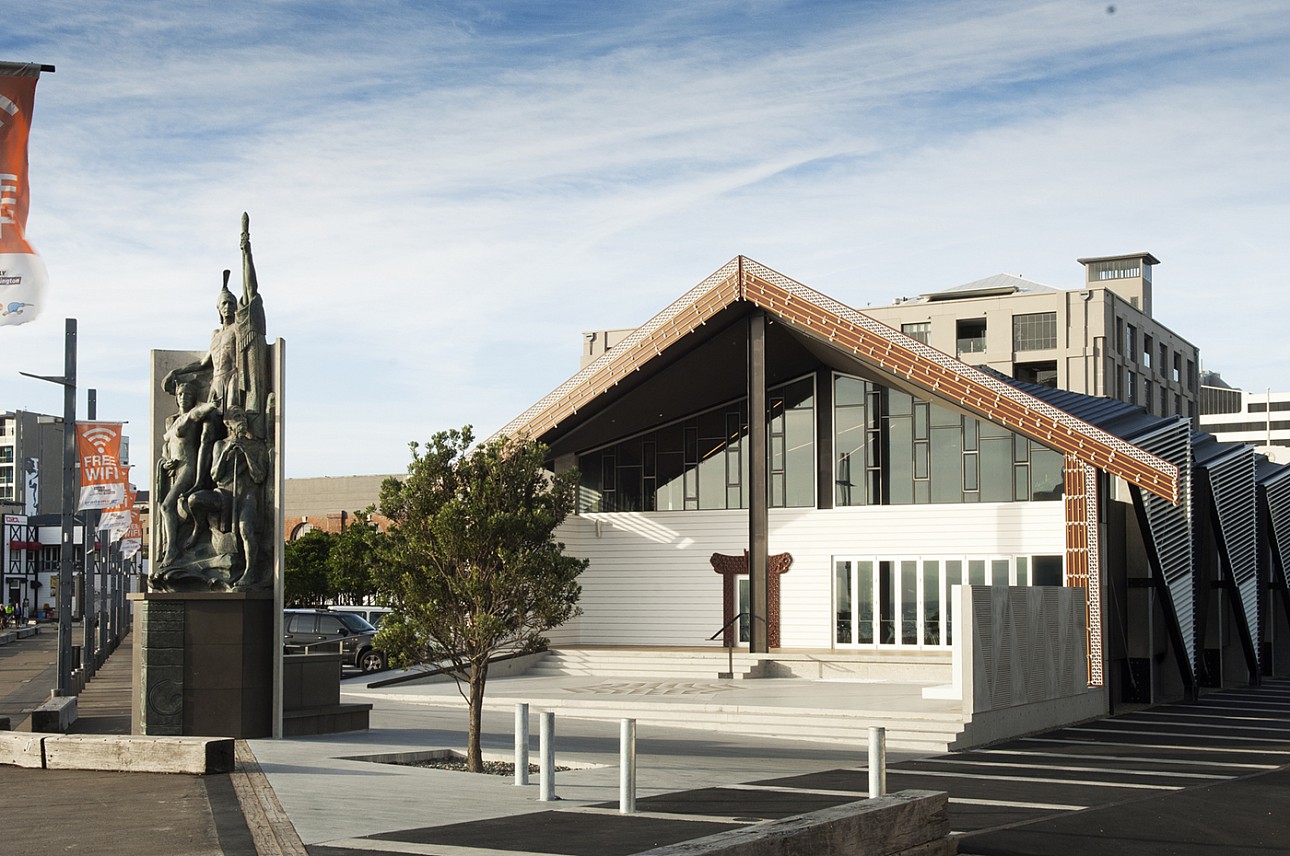 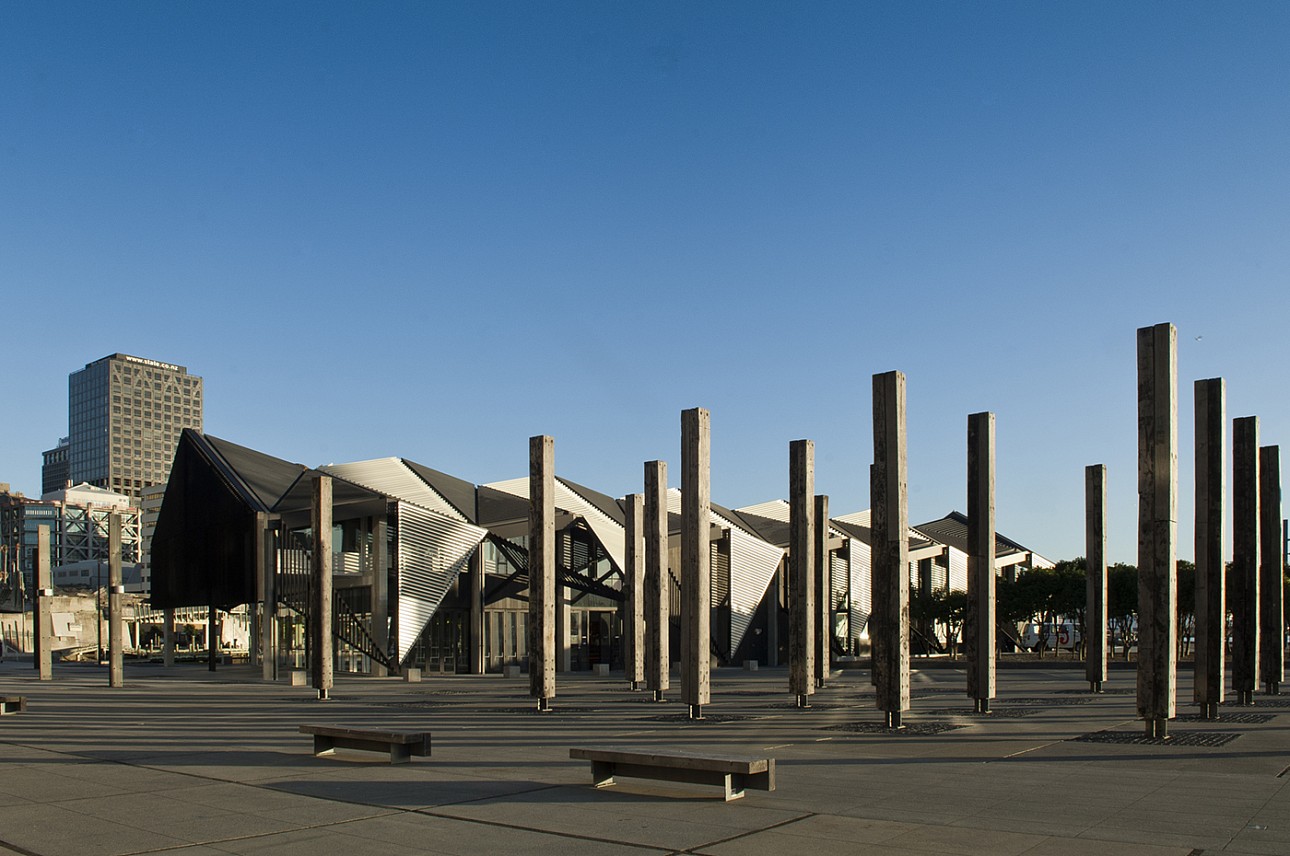 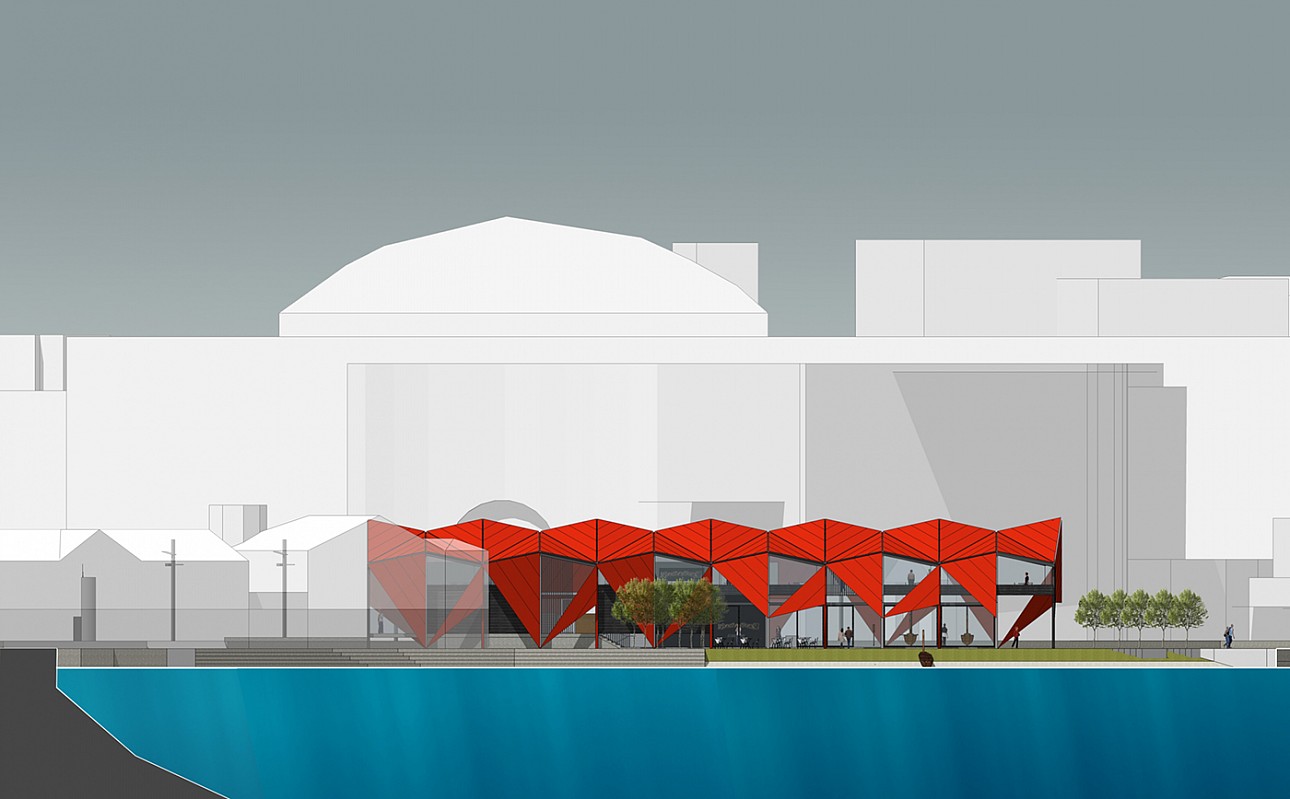 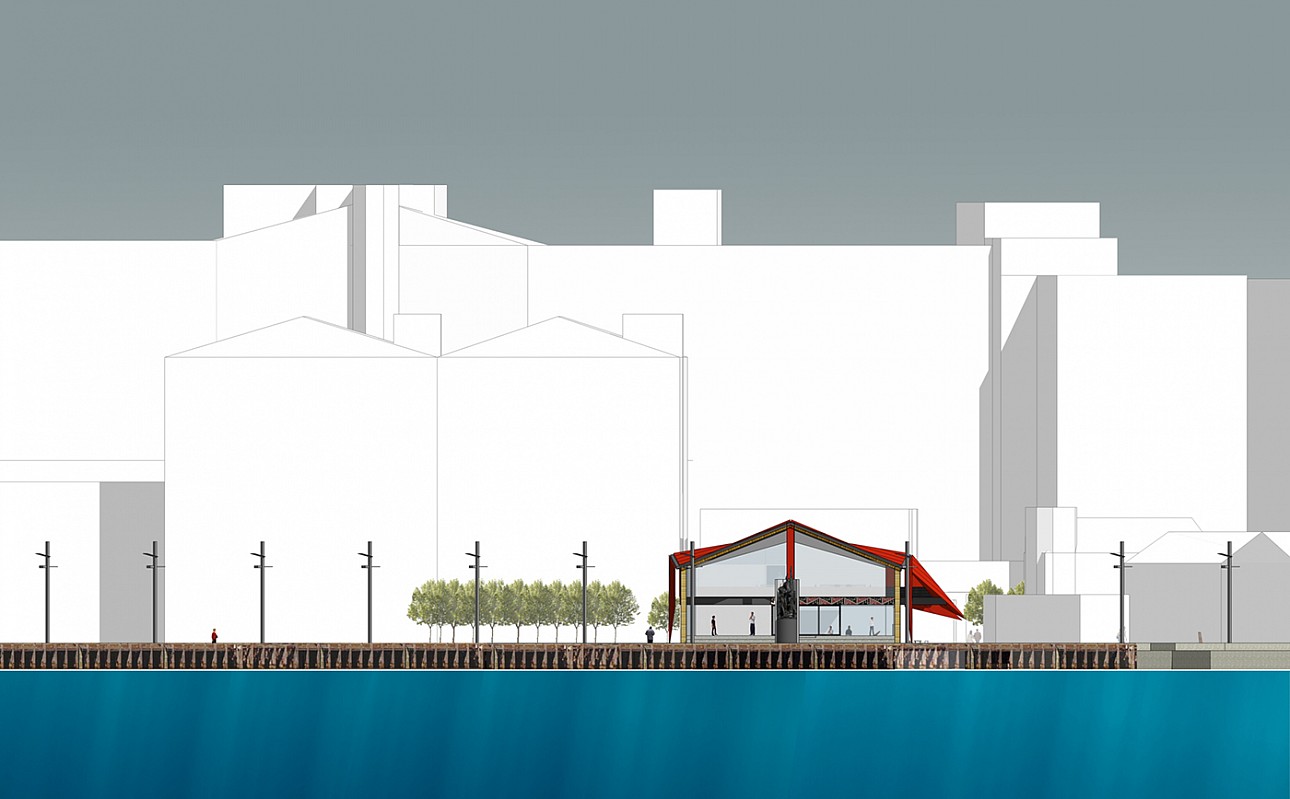